By Political_Analyst (self media writer) | 1 year ago

Building Bridges Initiative can only be likened with is completely dead beyond resurrection should we go by the recent remarks released by Hon Gideon Keter and his counterpart in Nyeri Town Constituency.

Speaking to the star on Friday morning, the two leaders have reported that Raila's absence from the Public will automatically land BBI another huge setback and chances of conducting a referendum by June this will have to be a mission Impossible.

Kimani Wambugu (Jubilee Party MP) has told the star that things are now starting to unfold and the reality is now invading the two camps as far as the BBI politics are concerned. While Odinga is following what his doctors advised him, Kimani an ardent supporter of the handhake now believes that a time for other players in Uhuru's camp and the sacred alliance should now arise and prove to Kenyans that the BBI Doesn't belong to Raila Odinga.

“The country is calm, no one is talking about BBI but if he was well, he could still occupy national discourse with his activities. If he takes too long a break, BBI is likely to suffer a lot,” wambugu said.

"BBI politics isn't an ODM Party Project. Raila's absence shouldn't be a obstacle towards the Constitutional amendment process is concerned. We must pull up our socks or else our enemies will overtake us," He added. 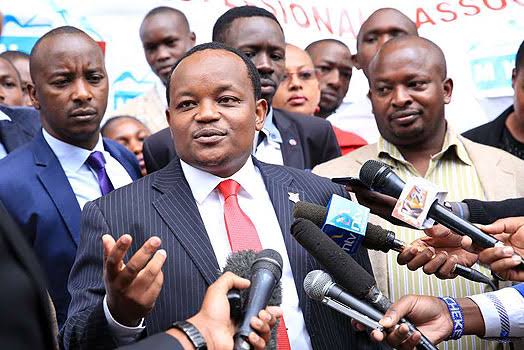 Kimani Wambugu's sentiments gained a boost from Gideon Keter who has reiterated that Raila Odinga has been attracting a huge and populous crowd during his rallies. He has admitted that dreaming of conducting BBI referendum on June as scheduled will only result in heartbreaks and disappointment alongside other negative impacts.

“Raila Odinga was and remains the engine running BBI. Without him, everything has come to a standstill. When you look at other political leaders, they seem lost and they do not know how to proceed,” Gideon Keter told the Star on the phone.