By Kirui (self media writer) | 1 year ago 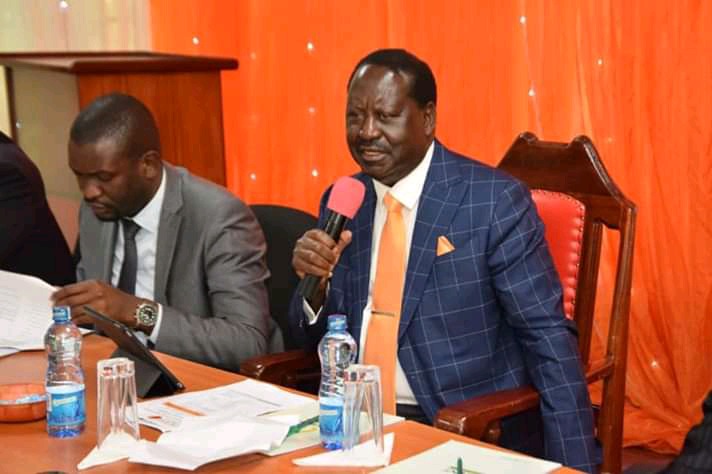 The ODM Party has received a major boost in Dabaso Ward after KADU Asili candidate Mr. Peter withdrew from the race in favor of ODM’s Dickson. He says that the decision was arrived at after witnessing cooperation from the ODM's campaign team. The announcement was made at a rally in the ward whereby he was welcomed officially. The elections are due in 10 days.

Mr. Dickson also used the opportunity to urge residents from the Dabaso ward to vote for him during th elections. “I want to urge my supporters to come in plenty to vote for Dicky Karani of ODM. And this I am not subjecting them into failure. I know this is the team which is winning. So let us join the freedom train and then we will wait for the development,” he stated in a video by TV 47. 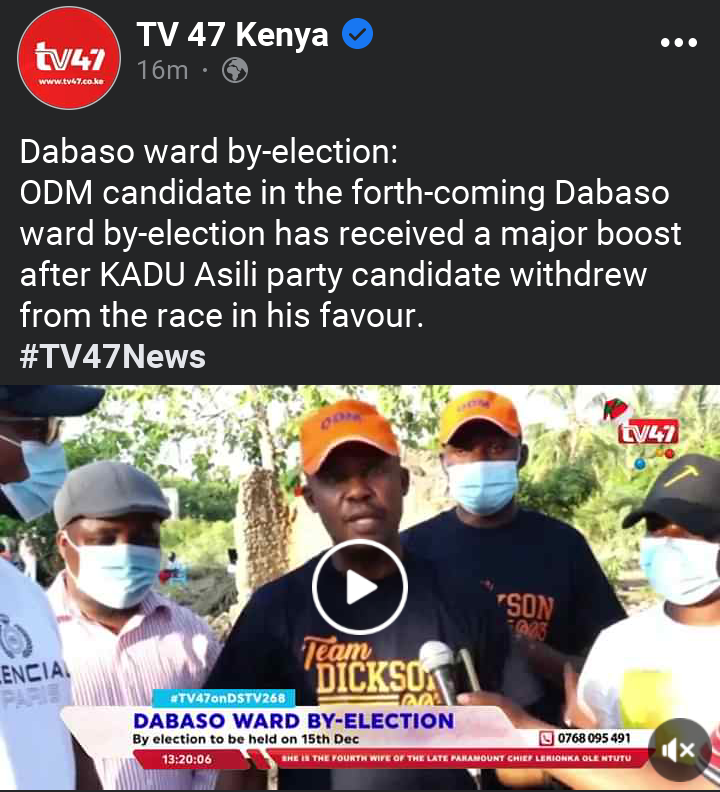 The ODM’s campaign team also stated that in the field most people have promised to support their candidate and they said that they are hopeful for a win. This comes as by-elections are also expected to be held in Msambweni, and a recent poll showed that ODM's candidate from the region is the most preferred.

Content created and supplied by: Kirui (via Opera News )