"Power Broker" Uproar As This is Seen In Atwoli's Office

By UpdateNews (self media writer) | 16 days ago 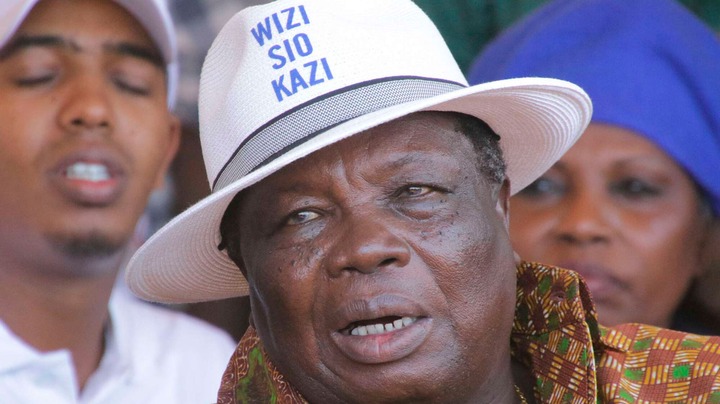 The boss of COTU, Francis Atwoli, has been a pioneer in the struggle for workers' rights, particularly those of common people. Atwoli wants the neighborhood's security firms to get rid of the staff they pay less.

Atwoli, however, was one of William Ruto's fiercest detractors during the Uhuru administration.

In numerous political forums, Atwoli was heard asserting that Ruto will never be elected president of this nation and suggesting that the man from Sugoi should clear all the trees, which was perceived as a harsh critique of the current head of State.

In the media right now is a picture that was spotted hanging on his office wall. When you look at the photo closely, you can see that it is actually a picture of the person he used to disparage and claim he would never become Kenya's president. Unexpectedly, the roles were reversed, and they now apologize. 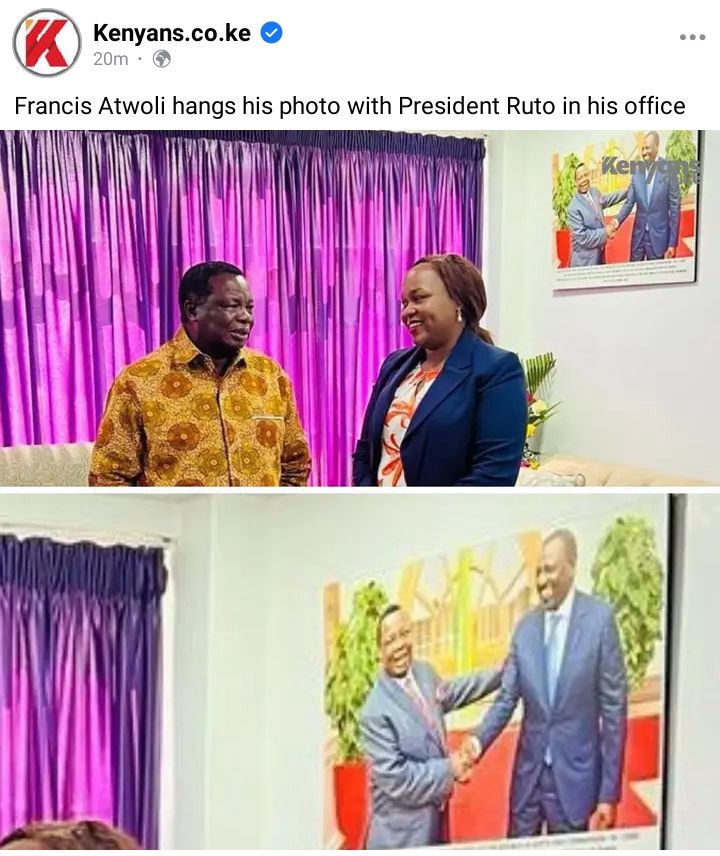 After he met with one of the public authorities, a picture that has since gone viral claims that something surprising was seen in the backdrop.

After this photo was discovered in Atwoli's office, many Kenyans thought of him as a political broker and considered having to stay at the Kenya Kwanza camp after Raila was defeated. As a result, they paid close attention to what Atwoli did in his office. Examine a few of the remarks;

Siasa Mpya; Betrayal In the City.

This implies no permanent enemy in politics. Be advised.

Chris Clarey; Atwoli ni Power broker, that is why he played us until last minute. 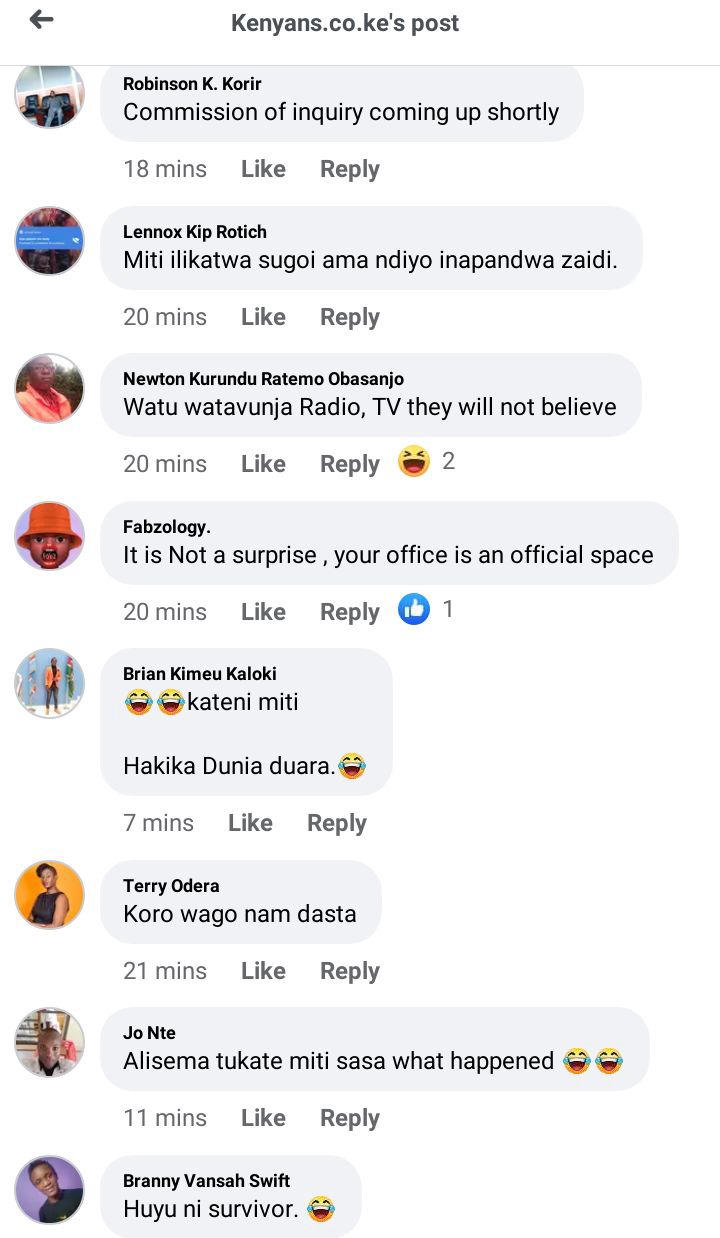 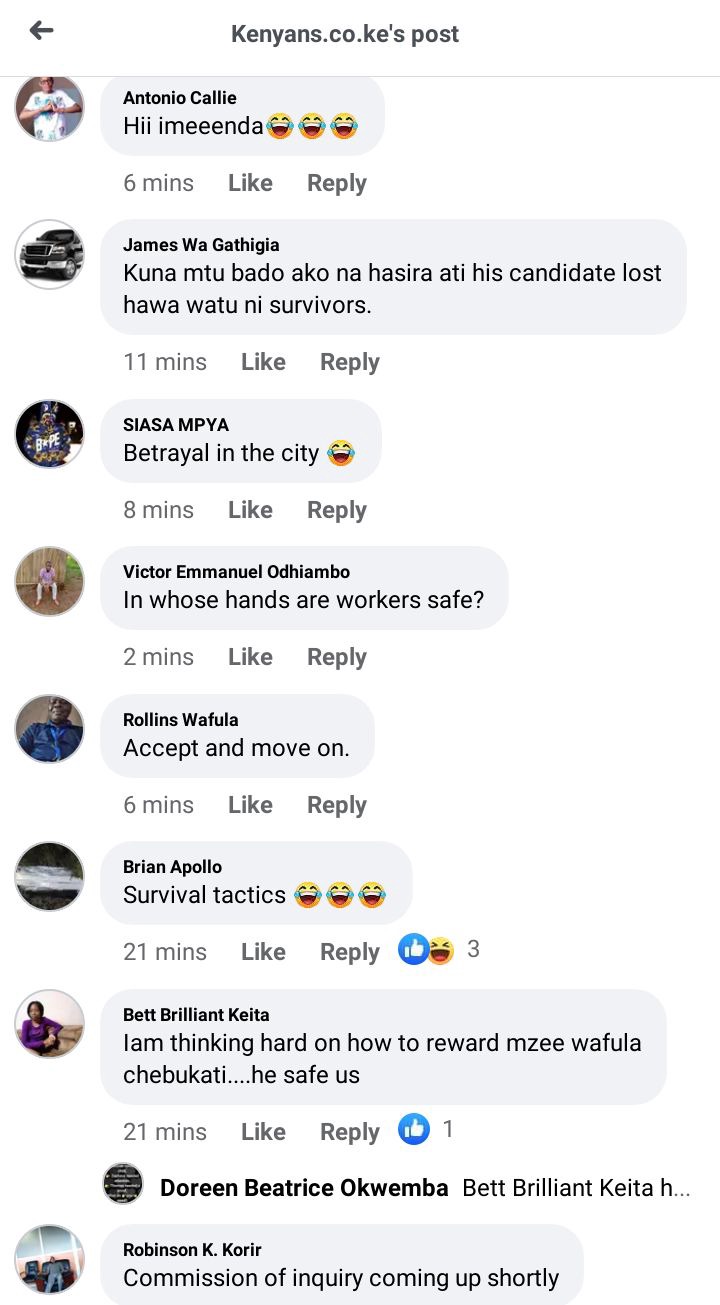 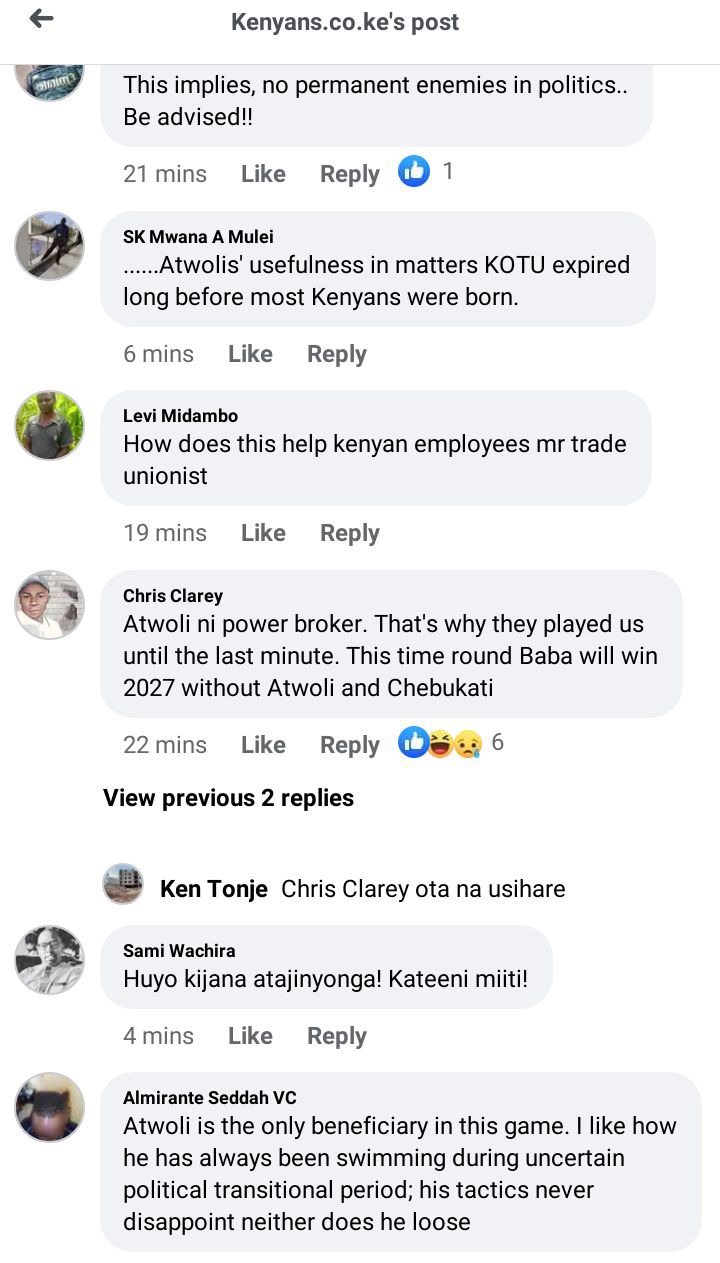