By OumaAllan (self meida writer) | 25 days

Thousands of hustlers have brought Juja town in to a standstill as celebrations takes the centre stage following the overwhelming Victory of People's Empowerment Party UDA Hon Koimburi in the just concluded Juja mini poll.

A mammoth crowd of Gatundu South Member of Parliament Moses Kuria's supporters have stormed the Juja town with celebrations hours after the IEBC declared the PEP Candidate Hon George Koimburi as the winner in the long awaited mini poll results in Juja constituency. 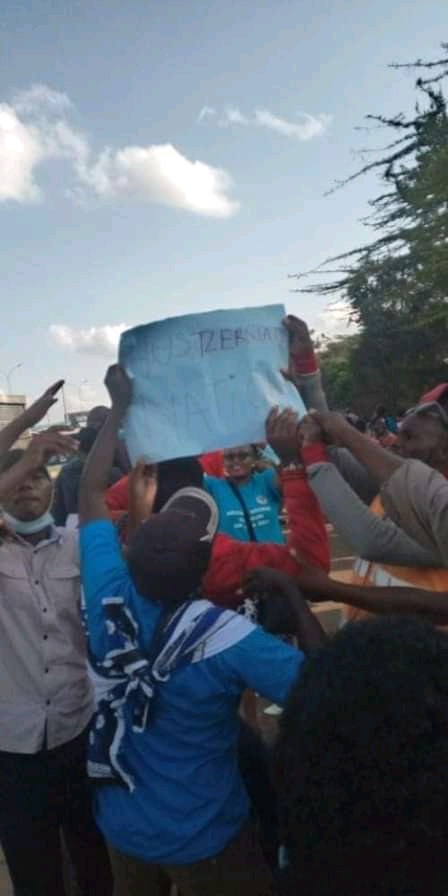 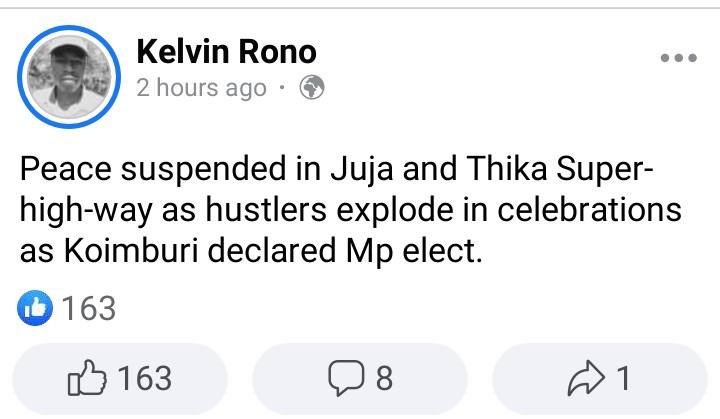 Gatundu South Member of Parliament Moses Kuria who is the deputy president William Ruto's close ally has thanked the people of Juja for trusting his candidate Hon George Koimburi and voting for him.

This comes a time when the final tally indicated that Hon George Koimburi won the election after garnering 12,1519 votes against Jubilee candidate Hon Susan Njeri Wakapee who garnered 5,746 votes.

However, it was revealed that the mini poll was marred with intimidations to some of the IEBC officials that even resulted to eruption of chaos during the electoral processes in some of the polling stations.

The IEBC chairman Wafula Chebukati was forced to call for the responsible government body to intervene and subject those who will be found guilty to face the wrath of the law.