By Tempire (self media writer) | 1 month ago 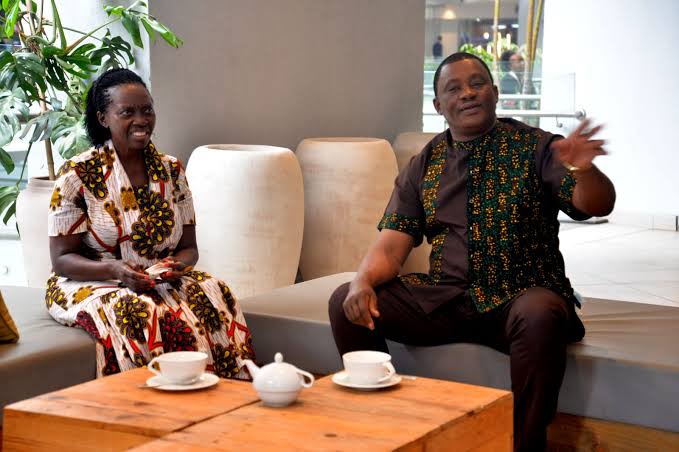 Honourable Justin Muturi has come out strongly to condemn those individuals telling him to deputize other politicians to stop doing so.

According to the speaker of the national assembly, he vowed to continue remaining independent and his name will appear on the ballot. 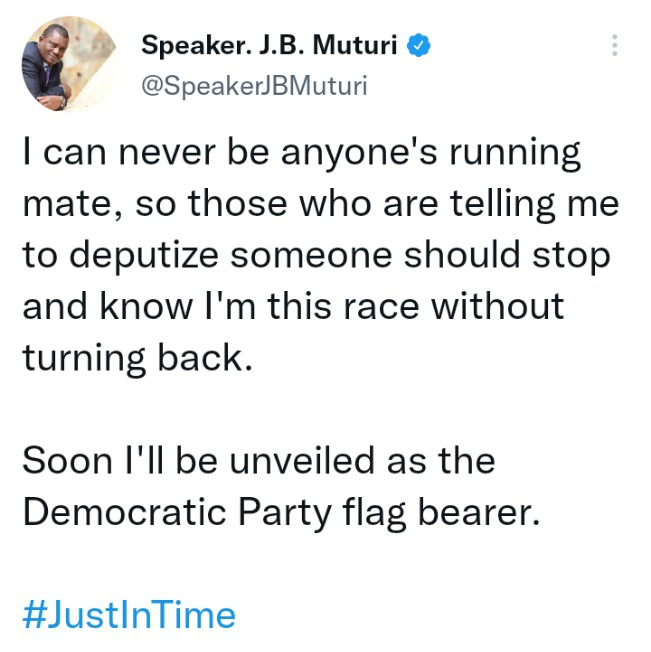 "I can never be anyone's running mate, so those who are telling me to deputize someone should stop and know I'm this race without turning back. Soon I'll be unveiled as the Democratic Party flag bearer.Just in time." Stated Muturu.

The presidential aspirants have been alleged to have plans to picks their deputies from Mt Kenya.

Muturi visited Genvis MedicK center Karambfi where he also presided over the opening of the center.

Your Future Will Depend on The Leaders You Elect, Says Nairobi Governor Kananu

"Kalonzo Pocketed Ksh10 Billion To Back Down To Raila," UDA Claims As Kalonzo Fights Back At Them

Politics: Dennis Itumbi Accuses Raila Of Chaos That Erupted At Jacaranda After What Raila Said Today