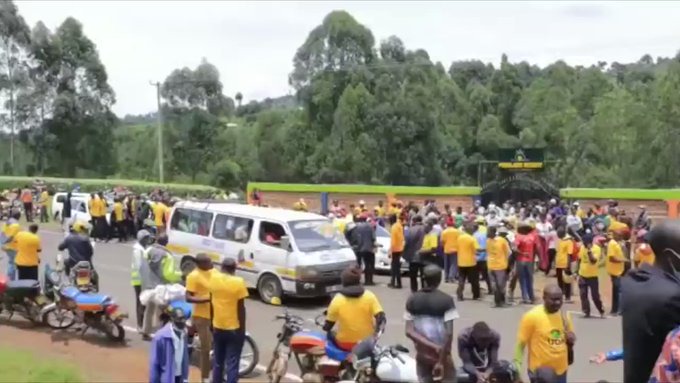 Members of UDA party in the previous event

The United Democratic Party is growing very fast after it's formation. It was formed by some Jubilee leaders who defected from the ruling party after they were subjected to harsh treatment. Majority of the members of this party are allies of deputy president William Ruto. They are popularizing the DP in all corners of the Country.

It is anticipated that Ruto may use UDA to vie for Presidency in 2022 despite the fact that he is still a member of Jubilee. In one occasion, the DP was heard saying that UDA is the biggest party in the Country at the moment. Some leaders who had joined it earlier have defected back to ODM party and Jubilee.

Despite all the criticisms from the opponents, the leadership of United Democratic Party is expanding on daily basis. There are several branches and offices that have been opened in different parts of the Nation. Today in Kisii County, there has been drama after Police officers blocked the party officials from opening a new office.

According to Nation Africa news, the office was to be opened in Masimba ward Kisii County but things have gone sour.

Raila Speaks About Plans to Choose his Running Mate from Mt. Kenya Region While in Meru