Video: Raila Received Massively By Thousands of Eldoret Residents As He Passes A Message On 2022

By TossieRob (self media writer) | 1 month ago 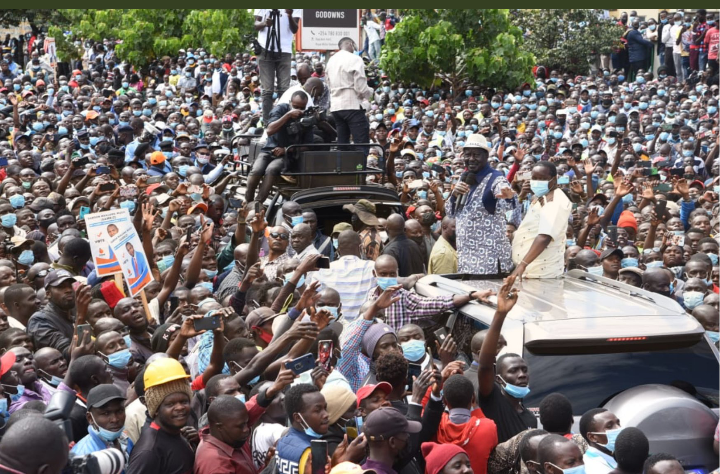 The former prime minister is currently on a visit to the region, which is often seen as DP William Ruto's stronghold. Raila began his journey by meeting with leaders from counties in the North and South Rift Valley.

The 2022 presidential candidate sought to woo residents and leaders of the region that overwhelmingly voted for him in 2007. The event was hosted by Elgeyo Marakwet governor Alex Tolgos, among other notable leaders.

While talking to the residents,Raila tried to dispel claims that he abandoned the region after joining the grand coalition government with his former adversary Mwai Kibaki after the 2007 general elections.

In his 2022 promises for the region,the ODM leader promised to resuscitated the dead businesses and manufacturing industries that once dominated the Rift Valley economy.

"This region is Kenya's granary, providing the majority of the country's food. Wheat, cotton, maize, milk, tea, and cotton have all been mentioned. Because of the high cost of production and inputs, our farming business has been severely harmed. To resurrect farming, I would focus on lowering the cost of seeds and fertilizers, "he stated.

Here is the link to watch video.