Nairobi senator honourable Johnson Sakaja has today revealed on the possibility of a presidential candidate that the ruling jubilee party is likely to field in next year's general elections. 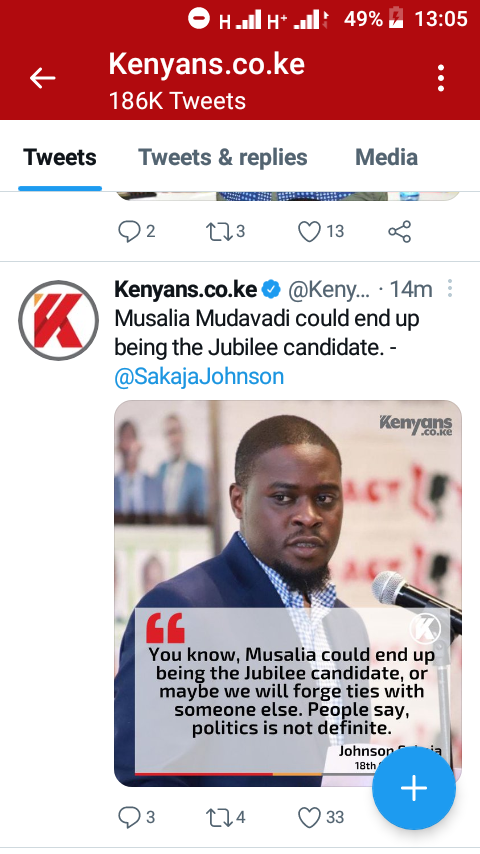 The Nairobi senator was speaking during an interview with a local radio station owned by standard media group.Senator Sakaja further went ahead and pointed out that the amani national congress party leader Musalia Mudavadi could be selected as the jubilee party flagbearer in next year's general elections. 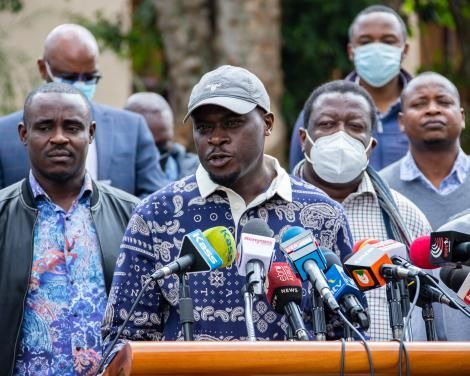 The outspoken Nairobi senator further added that the amani national congress party leader Musalia Mudavadi is open to talks adding that it was too early to rule out anything in politics.

"Amani national congress party leader Musalia Mudavadi could end up being the Jubilee party candidate,or maybe we will forge ties with someone else. People say, politics is not definite" Johnson Sakaja added.

Sakaja added that between now and 2022, many alliances will be formed.He further added that one kenya alliance could decide to go for the top seat or forge a possible alliance with the deputy president William Ruto or orange democratic movement party leader Raila Odinga. 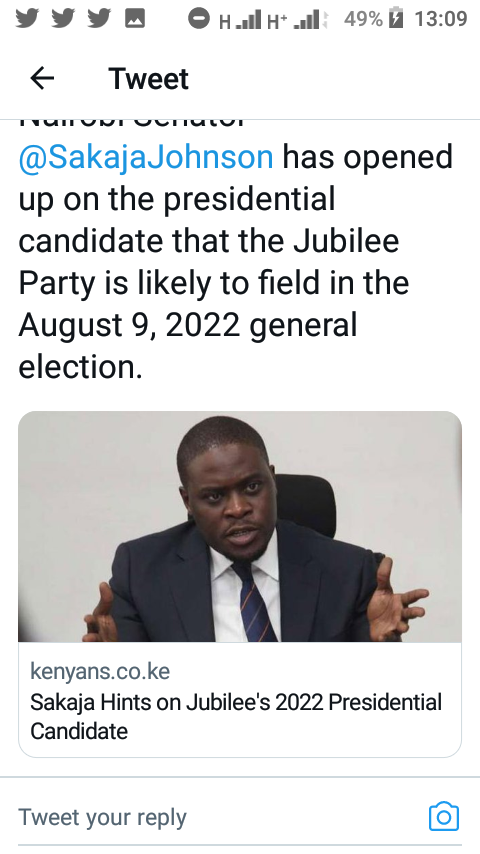 "I will not run for Nairobi gubernatorial seat under the amani national congress party When the time comes,we will know what parties will be there but currently,Jubilee is my party and I have not left" Nairobi senator Johnson Sakaja stated.