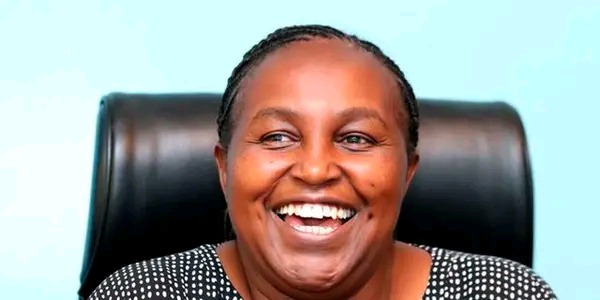 Maryanne Keitany, a former Chief of staff in the office the Deputy President William Ruto, who has won the Aldai MP seat ( Photo Courtesy)

She was once a powerful figure in the office of the Deputy President William Ruto. But in 2015, she was hounded out of office because of corruption allegations. Fast forward, today, she is an MP-elect for Aldai constituency.

On Wednesday, Dr Ruto's former chief of staff Maryanne Keitany was declared the winner of the Aldai MP seat race after trouncing the incumbent Cornelius Serem, who had served for the last ten years.

According to the official results by the Independent Electoral and Boundaries Commission, Keitany garnered 42, 015 votes against Serem's just over 10,000 tally.

Serem has been a dominant figure in Aldai constituency politics for the last one decade since he defeated former powerful minister Dr Sally Kosgey in 2013. However, after losing during the April UDA party nominations, it was very clear that his time was up.

The outgoing MP had his time of political dominance. And now, it is Keitany's turn. But for jow long will she be in Parliament? Will Serem bounce back in 2027 to send her home? Well, time will tell.