By DefenseBlog (self media writer) | 1 month ago 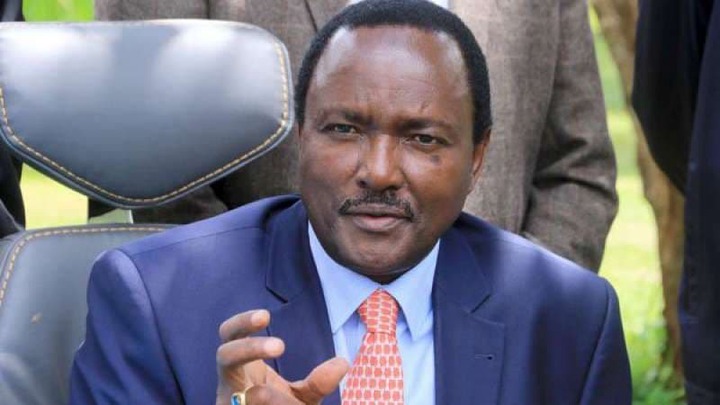 The much-awaited announcement of ODM's boss running mate has finally occurred with NARC leader Martha Karua being named Raila's running mate. The decision to name Martha is thought to have been the reason that has angered WIPER leader Kalonzo Musyoka who was aiming at the position.

Despite serving as Kibaki's deputy for good 10 years, Kalonzo claimed that he is experienced and best-suit for the position. He has however gone ahead to ditch the Azimio la Umoja One Kenya Alliance to face the presidency race single-handedly.

However moments after Raila unveiled his running mate, Senator Ledama Ole Kina has handed Kalonzo a cryptic message in a Twitter post. He has claimed that the only two decisions were to name the deputy for Raila and to win the August election. 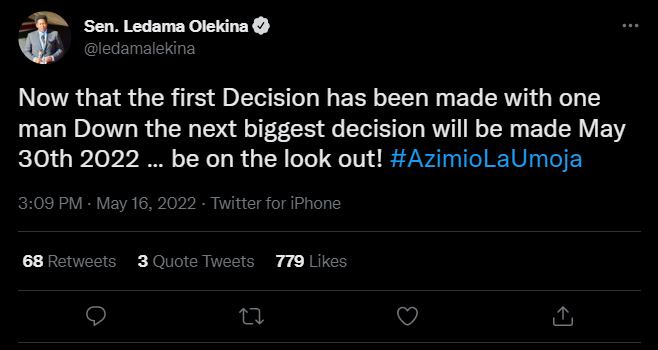 In the post, he has stated that "one man has gone down". His Tweet can only be interpreted to be targeting Kalonzo. Do you think Kalonzo has gone down? Or does he stand a chance of winning the upcoming elections?

Content created and supplied by: DefenseBlog (via Opera News )