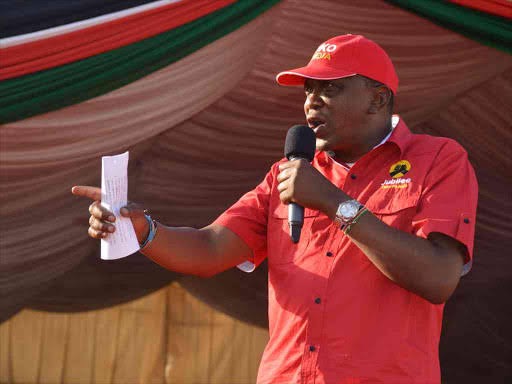 The future of Jubilee remains on a shaky ground following the latest hitches that have befallen the country's largest political party. The party enjoys over 150 members of parliament and over 20 senators making it a giant faction with the highest number of elected leaders in the country.

The party started to experience some problems after the relationship between president Uhuru Kenyatta and his deputy turned soar. Two factions started (Kieleweke and Tangatanga). The Tangatanga faction supports William Ruto while Kieleweke supports the president.

As things stand now, the Tangatanga faction seems to have found refuge in the newly launched UDA party. Kieleweke members have taken control of Jubilee party and they are the ones managing the affairs of the party. This can be seen in the ongoing by-elections. 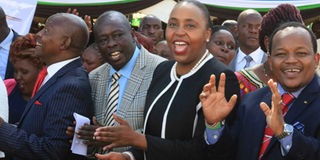 Jubilee party risks further division within the Kieleweke faction as infights among some members start to thrive. This was clearly seen on Wednesday 9th after Nyeri county deputy governor accused Ngunjiri Wambugu of hooliganism.

Dr Caroline Karugu said that it's the high time Jubilee party distances itself from violent leaders. Carol said that it's Ngunjiri Wambugu who arranged goons to disrupt her function in Nyeri town last month.

The deputy governor went ahead and accused Wambugu for consistently causing violence to various leaders who have been attending functions in Nyeri town.

"Ngunjiri Wambugu thrives in violence. He has been using youths to disrupt politicians who he feels are his competitors. He started by disrupting a function organized by the women representative where Mwangi Kiunjuri was the guest. He then sent some goons to heckle the deputy president, William Ruto. The MP is now busy attacking me. It is the high time that Jubilee party gets rid of these violent leaders," said Carol at Inooro TV.

Both Carol Karugu and Ngunjiri Wambugu are members of the Kieleweke faction. Their infights might further break the Jubilee party.