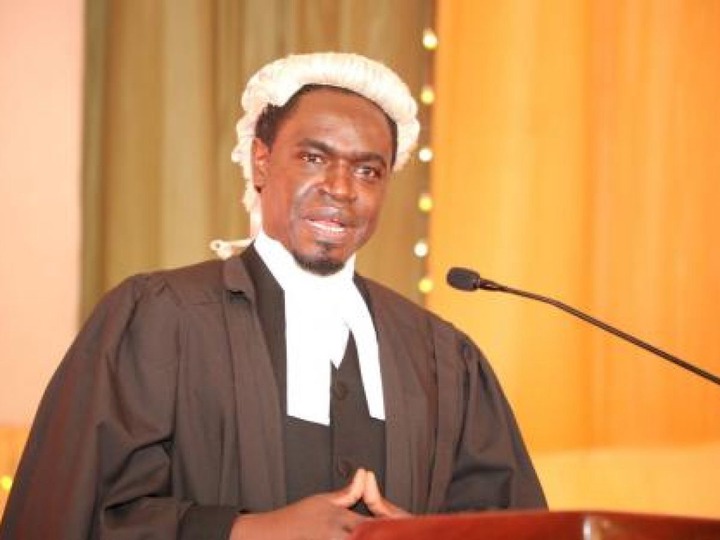 Former Law Society of Kenya president Nelson Havi has raised allegations over Azimio campaign in Nyamira on July 1st. The Lawyer says the government claims high cost of living in the country is caused by war in Ukraine. "The high cost of living: fuel prices, unga prices, punitive rents, over taxation, unaffordable education and healthcare is caused by the war in Ukraine." Havi noted.

The former LSK president slams Azimio team over fueling choppers for campaigns while the economy of the country is in a bad state. Adding on the same note, Havi says the expenses of fueling Azimio campaign choppers is a burden to Kenya's crumbling economy. "As you can see, the entire Ukrainian Airforce choppers are fueling here in Kenya. It is a heavy burden on the crumbling economy" Havi noted on Saturday July 02,

Further, during the arrival of the leaders thousands of Nyamira residents came out to receive them. Residents were put at bay as the choppers landed in an open field. A huge cloud of dust covered the supporters. Residents fought to move closer to the airborne machines to cheer at the Azimio leaders. Azimio took the Campaigns in Nyamira on Saturday july 1st for vote hunting ahead of August general polls. 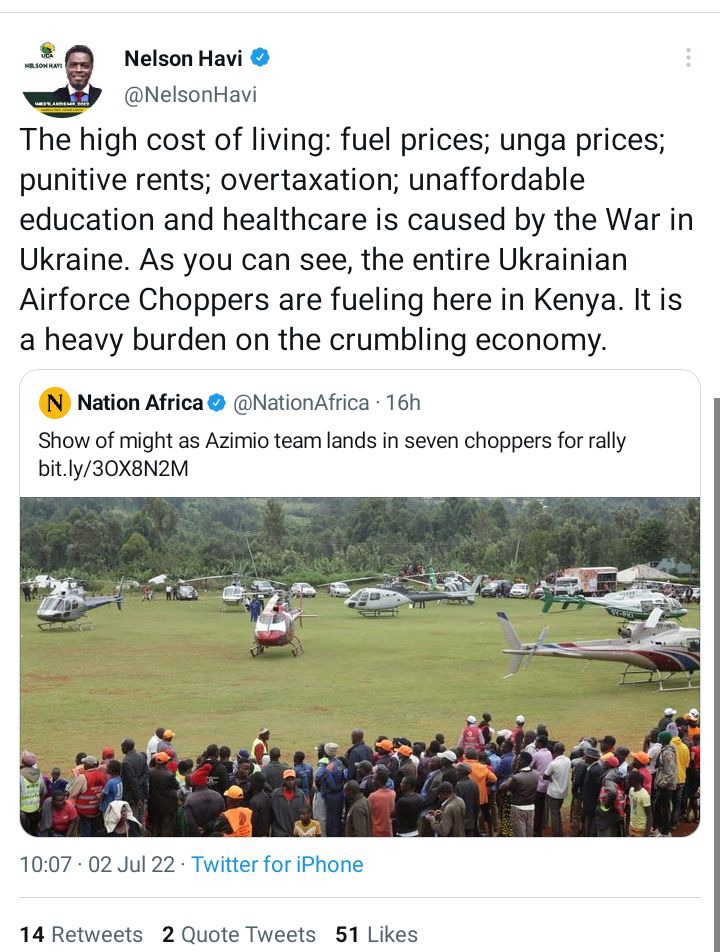