By FredLead (self media writer) | 1 month ago 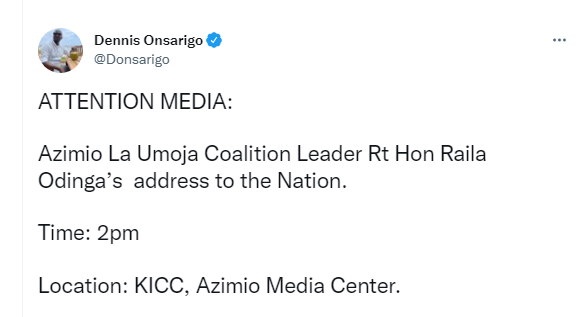 On his Twitter handle, Dennis Onsarigo, Azimio's director of communication, has reveled Raila will speak from 2pm today at KICC.

All eyes are on Azimio's presidential candidate, Raila Odinga, after an announcement of him making a statement today afternoon at the Kenyatta International Convention Centre. 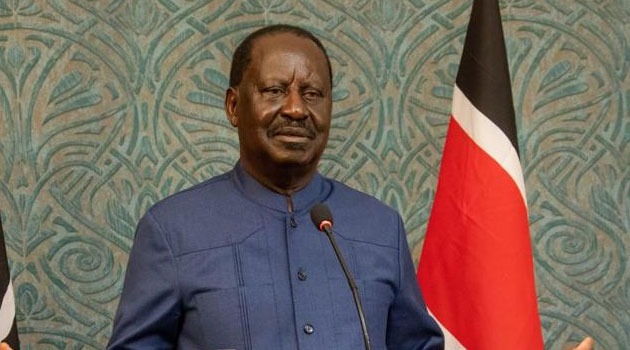 Raila remained silent even as his running mate Martha Karua noted that it is not over until it's over.

Also, Raila Odinga's chief agent Ole Kanchory noted that the election process was bot transparent while 4 IEBC officials distanced themselves from the announced results over opaqueness.

Many await to see if the former prime minister will concede defeat and congratulate the president elect or he will file a petition against the results in Supreme Court within 7 days.

Content created and supplied by: FredLead (via Opera News )

5 Tips Of Growing In Your Career