Kenyans have been left with Mixed reactions after a view of Form 34C revealed the number of Spoilt votes from the just concluded presidential election. 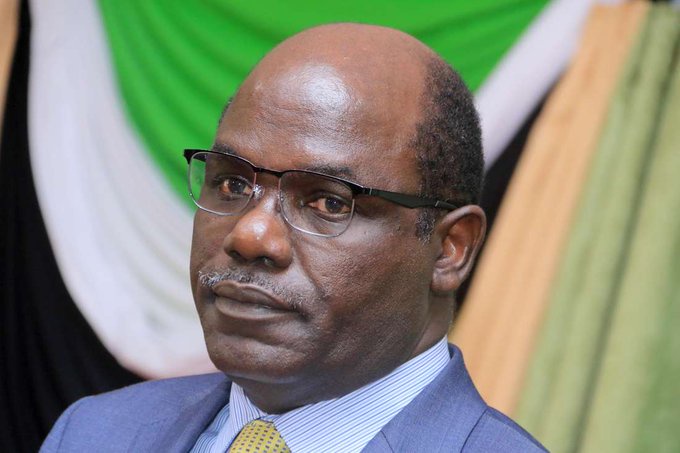 The form 34C, which is the final one which is to be signed by the presidential candidates' Chief agents before the president elect is announced had 113, 614 spoilt votes.

The Independent Electrol and Boundaries Commission chairman raised eyebrows after he failed to come out clear on the number and the percentage of spoilt votes. 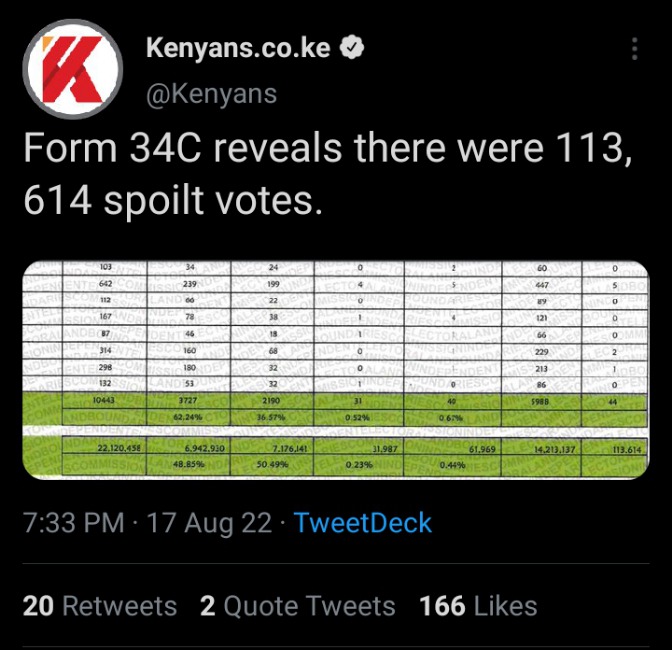 This comes amid attempts by the Azimio One Kenya coalition party to seek justice after they debunked the announcement by Chebukati which saw Ruto become the president elect.

The form 34C has been uploaded on the IEBC portal hence Kenyans can have a view of what transpired.

A section of Kenyans has reacted to the figures displayed in the form.

Dennis Mutinda: Spoilt votes happens when a ballot paper issued to a voter get damaged before being cast into the ballot, if such case arises the official will issue another ballot to the voter and the other spoilt will be kept aside and reported at the end to the returning officer. 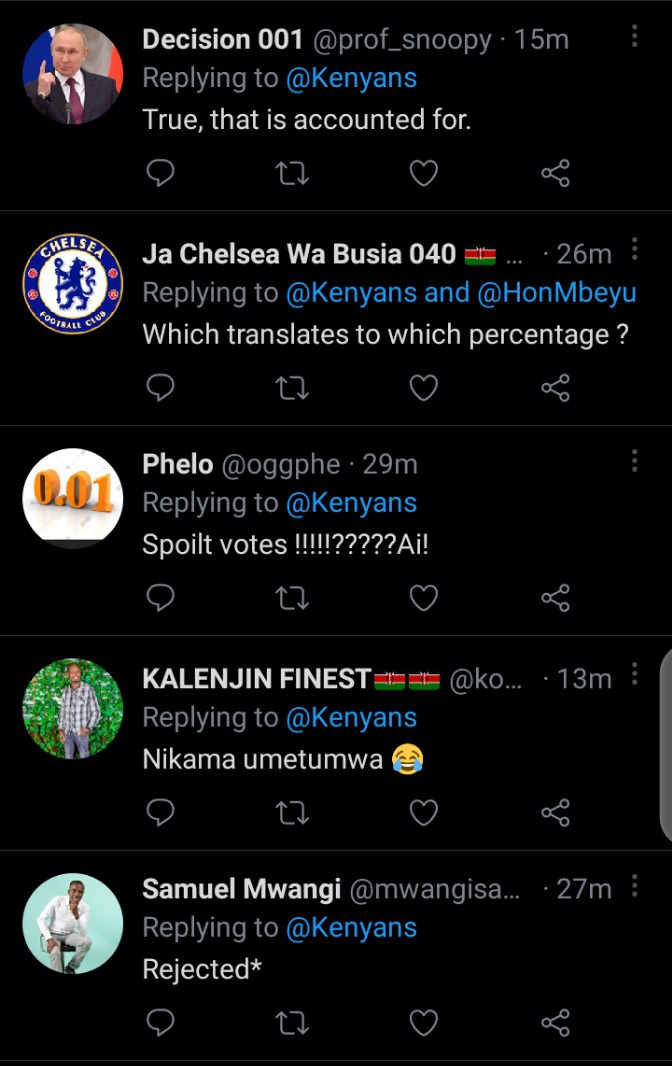