President Uhuru Kenyatta has has joined other African leaders in Lusaka Zambia for the inauguration ceremony of the president elect, the ceremony is taking place at the National Heroes Stadium in the capital Lusaka, Uhuru jets into the country just hours after Raila Odinga, the former Kenya's prime minister landed in the city. 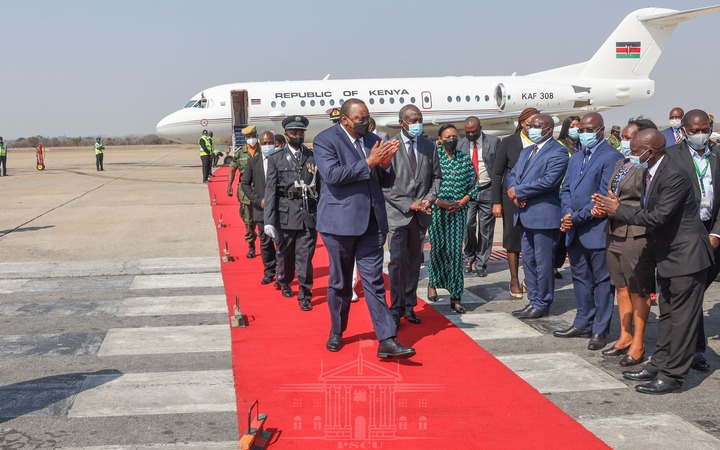 Photos of Uhuru being warmly recieved by government officials and security forces were shared by the State House Kenya. 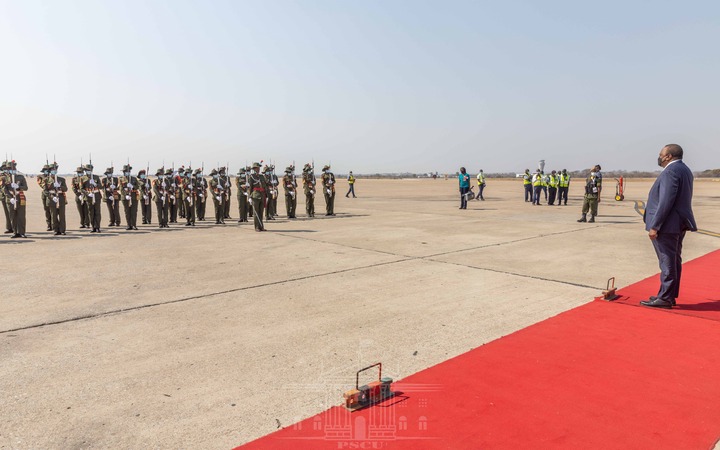 "His Excellency President Uhuru Kenyatta joins other leaders at the National Heroes Stadium in Lusaka for the inauguration ceremony of His Excellency H Hichilema, President-elect of the Republic of Zambia" Tweeted The State House Kenya. 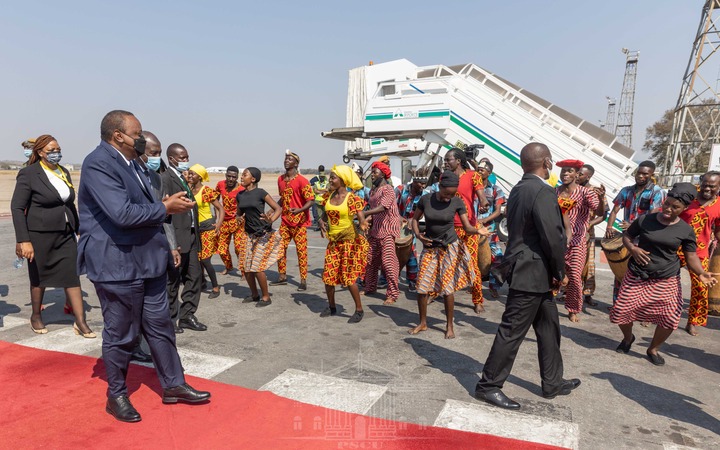 Mr Hichilema defeated the incumbent, President Edgar Lungu, by a landslide - more than a million votes.

It was Mr Hichilema's sixth attempt at winning the presidency. His supporters have been celebrating on the streets of the capital, Lusaka. Mr Lungu accepted defeat and congratulated Mr Hichilema.