Thursday the 26th of May 2022 Was a special day for the country as President Uhuru Kenyatta presided over a prayer Breakfast ceremony which was also graced by his Deputy, William Ruto.

Notable was the absence of the Orange Democratic Party leader Raila Odinga who was represented by his running mate, the Narc Kenya Party Leader Martha Karua.

According to the Standard, the Orange Democratic Party Leader Raila Odinga's Press Secretary Dennis Onsarigo has come out to reveal why the Former Prime Minister was absent in action despite receiving an invite.

"Raila Odinga had hard-pressing issues in the Western part of the country. Some of the issues were emerging in nature. He couldn’t fly to Nairobi and return to Western in the same morning,” Onsarigo Cited. 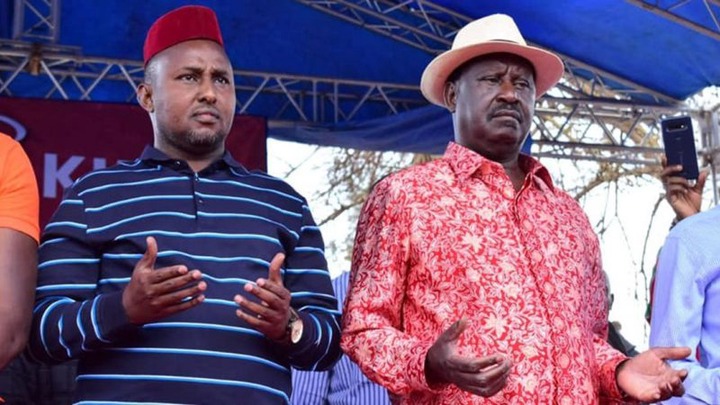 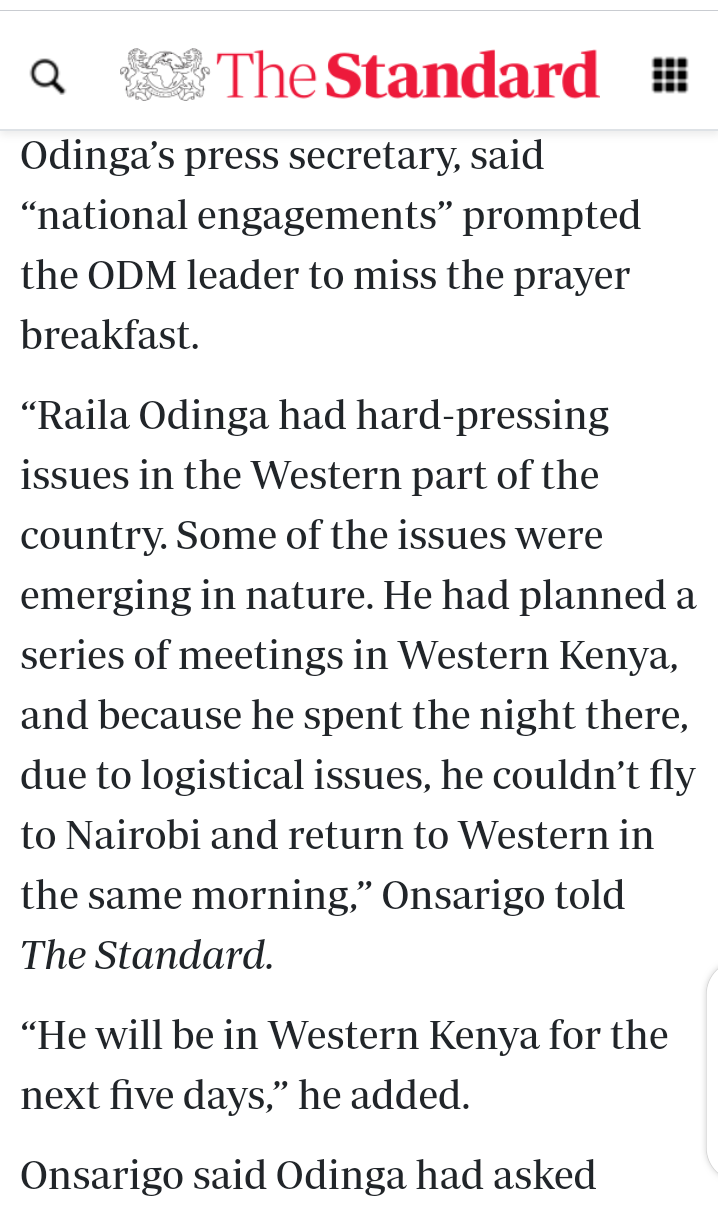