National Assembly Speaker Muturi Hit Out At Uhuru, Accuse Him Of Creating Mistrust In The Country

By Ckibiba (self media writer) | 13 days ago 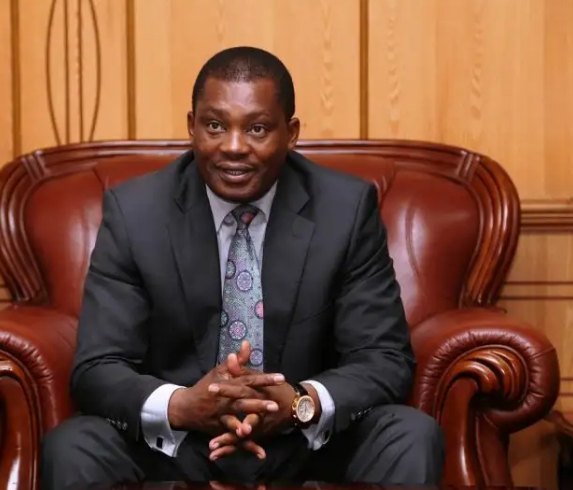 National Assembly Speaker Justin Muturi has hit out at President Uhuru Kenyatta for having an offshore account.

He claims the action by the president to have an offshore asset is not only unconstitutional but creates mistrust within the county.

Muturi’s statement comes after a report by the Pandora papers disclosed that President Uhuru and his family have offshore accounts running into billions of shillings.

The Speaker noted that the constitution does not allow a state officer to have an offshore account. According to him, offshore accounts create mistrust in the country but they can only be allowed if they are legal.

Muturi further revealed that he has never stoled any public resources and does not have any offshore account noting that the law does not allow him to have one since he is a state officer.

The former Prime Minister noted that there was no problem for any Kenyan to have an offshore account so long as the accounts are not filled with proceeds of corruption and steal state resources.

“I am sure the truth will come out. The President has said he will give more details on the claims. I want every Kenyan with offshore accounts to come out and declare them,” Raila said during an interview with Kalenjin radio stations.

Raila also noted he does not have any offshore account despite many temptations to have. He said that all his wealth is within the country.