By Newslatest (self media writer) | 2 months ago 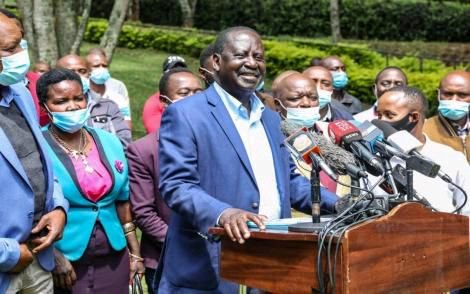 Reports stated that parliamentarians present at the Parliamentary Group (PG) meeting on November 29 gave the impression that Raila intended to utilize the occasion to introduce a motion of no confidence against President William Ruto.

However, some lawmakers voiced their disapproval with the proposal and raised worry over its ramifications.

Following an argument with MP Silvanus Osoro, ODM leader Raila Odinga spoke out at a press conference on February 4, 2021 in support of Governor Simba Arati.

After the opening (protest) march on December 7, the celebration was scheduled to take place. Jamhuri Day, according to some officials, is a national holiday that shouldn't be celebrated.

The meeting was arranged by Kalonzo Musyoka, the party boss of Raila and Wiper, who had not yet made a decision.

With regard to his most recent plans to criticize President Ruto's administration, the former prime minister has encountered fierce opposition.

Consequently, he gave up a number of anti-government projects, such as naming a shadow cabinet.

After that, Raila abruptly postponed the first pro-Cherera 4 rally planned for the Kamukunji Grounds in Nairobi, wondering if he was playing a bluff. 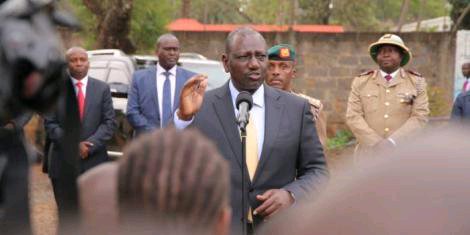 Opiyo Wandayi, the minority leader in the National Assembly, explained the decision's reasoning on November 29. She said it came about as a result of parents pleading with the party to let their kids take the national exams without interference.

Ruto was adamant, however, that he would not permit illegal means of governing his country.

Content created and supplied by: Newslatest (via Opera News )