Brian Bera, a Man Who Intruded State House With Aim of Stabbing The President Reveals His wish

Brian Bera, a man who hit the headline two years ago after he tried to storm to the State House with the aim of stabbing president Uhuru Kenyatta before he was shot by the gurds has finally revealed his wish, speaking to K24 digital Bera who was fifith year mechanical Engineering student at JKUAT has revealed that he wanted to meet president Uhuru Kenyatta.

Bera invaded the State House in 2019 a day after he posted on his facebook account that he would head to state house and stab president Uhuru Kenyatta. Bera narrates that, during the incidence he came into face contact with three officers who cocked their guns but the two of them withdrew and the one who had a pistol shot at him.

"During the Shoot out, i came face to face with three officers who cocked their guns but two of them who were armed with AK47 withdrew and the one who had a pistol shot at me, i would really like to have a meeting them and show my appreciation since i am still alive today" Bera stated.

Bera now lives in TransZoia county has seen him make new friends in his newly found home and he has decided to take a diffarent approach in life as he works around the oclock to rebuld himself. 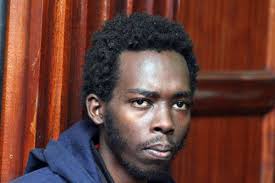 Content created and supplied by: Kenya411 (via Opera News )