By Politicalsureanalyst (self media writer) | 1 month ago

While speaking in Nyeri, the deputy president William Samoei Ruto stated that he is not a drunkard and a fool as he dismantles Uhuru and Raila initiative to change the constitution an to give out Ksh 6000 monthly to poor families.

According to the video, the deputy president William Samoei Ruto stated that he will great 50 Billion annually to raise the living standards o the small businesses throughout the country. 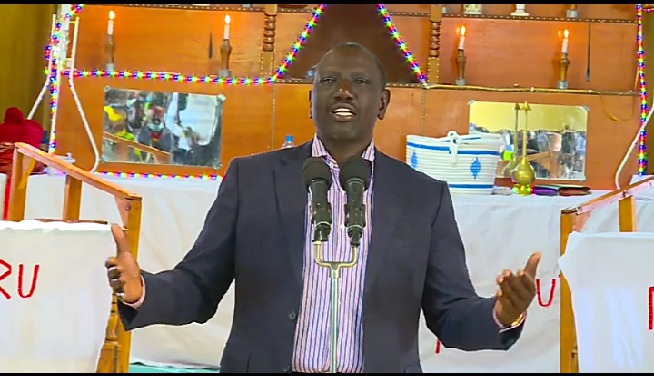 The deputy president further discouraged from citizens from borrowing from Fuliza fuliza a he stated that they charge the Kenyans high interest rates. Ruto added that he will establish 50 billion annually to uplift the living standards of poor Kenyans and discourage them from borrowing loans with high rates.

Ruto added that he helped Uhuru Kenyatta to become the president In 2013 and 2017 respectively and also helped Raila to become the prime minister. He stated that it is his greatest surprise if he helps the hustlers but the duo turn against his initiative claiming he is corrupt.

According to the video, Ruto stated that he is not a drunkard and a fool because he knows the problems Kenyans are undergoing through as he stated that he has the ability to fix it.

Here is the video link source of Ruto's statement about the matter (duration 1-5 Mk minutes) https://www.facebook.com/williamsamoei/videos/996554864541965/?app=fbl

Two sure Thursday prediction to win