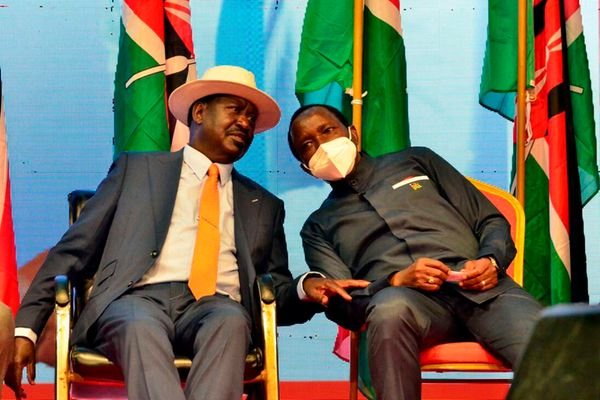 Wiper Democratic Movement Party leader Kalonzo Musyoka, has disowned the Speculationss going on around the country that he is in coalition talks with the former Prime Minister Raila Odinga, for a possible coalition formation ahead of next year's general elections.

Speaking to the members of the press as reported the Nation Newspaper, Kalonzo dismissed claims that he is coalition talks with the ODM chief Raila Odinga and he is warming up to join his camp ahead of next year's main elections.

He argued that he is fully committed and working with One Kenya Alliance (OKA) as an equal member therefore he has no other interests of forming another coalition outside OKA. Therefore, the reports which are linking him with the coalition formation with the former Prime Minister Raila Odinga, are all false reports since he is not in coalition talks with anybody. 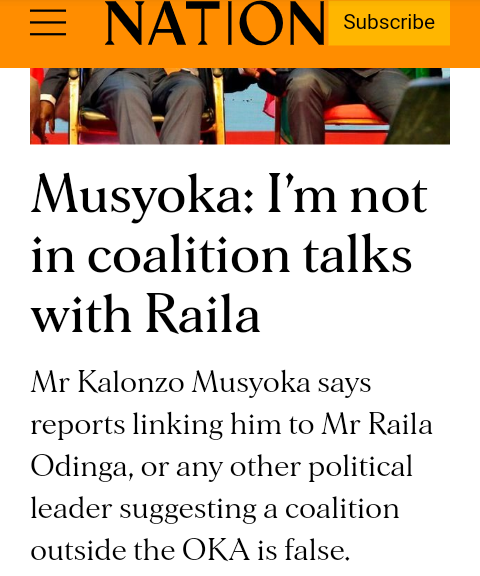 They Are Unable To Find A Candidate: Boni Khalwale Finally Responds To Claims Of Dumping UDA For ODM