Ndaragwa Member of Parliament Jeremiah Kioni has spilled the beans on how powerful individuals within and outside government were planning to heavily influence the outcome of 2022 general elections.

This follows after the lawmaker asserted that the next polls would be decided in an unusual manner, unlike those in the past which have been subjected to a democratic process whereby the outcome was determined by Kenyans and not powerful individuals. According to Kioni who appeared on TV 47 Kenya Live, the outcome of the next elections, particularly the State House race would be decided in a 'boardroom' the way Building Bridges Initiative (BBI) was conceptualized, following the handshake between president Uhuru Kenyatta and Orange Democratic Movement (ODM) leader Raila Odinga in 2018.

The Jubilee MP noted that the BBI process would eventually succeed even though it was an idea of a few individuals.

In his observation, the outcome that would emanate from the eventual implementation of BBI would be announced to the public. The same case would apply to 2022 general elections. 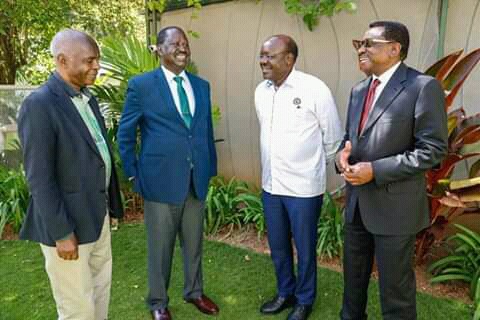 "Unlike in previous elections, this election shall be done in a boardroom. Whatever agreement that will result is what shall be announced to the media and Kenyans," said Kioni.

This comes as politicians with presidential ambitions position themselves ahead of next year's general elections. Talks on prospective political alliances have dominated the public.