"We Will Remind You, Don't Incite Farmers" Mandago Tells Kuria as he Claims Who's Misleading The CS 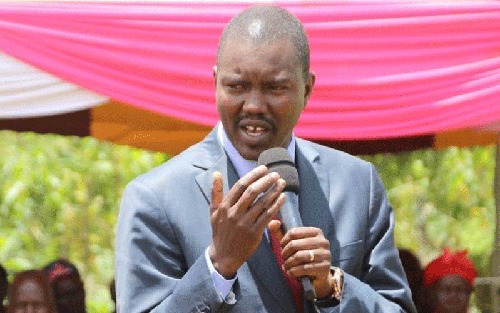 Uasin Gishu Senator Jackson Mandago has joined hands with other lawmakers from the North Rift and Western Region to criticize the government's plan to import maize when the farmers in the counties known for farming maize are in the harvest season.

Speaking in parliament on Wednesday, Mandago claimed that the Trade, Industry and Investment Cabinet Secretary Moses Kuria, has been misled by cartels that the farmers in those counties were hoarding maize in bid to sell them when the price increases, saying that it is harvest time, and traders from the drought stricken areas have been buying the maize from the said farmers.

Mandago went on to warn Kuria over his remarks, saying that they will always remind him that the price of production was high, and there was no way the framers were going to sell the produce in losses.

"I think that the Trade CS has been misled by cartels who have been in existence in this country for a while, that farmers in maize producing counties were hoarding maize. That is not true. The importation of maize is made to impoverish farmers who have since incurred loses in producing the maize they are harvesting at the moment.'"

"The CS must be reminded that the situation we are in now is due to bad politics, and no one should expect the farmers to sell the produce at a lower price. The remarks by the CS are made to incite the farmers against other people in this country. The importation of maize should be stopped immediately or even deferred." 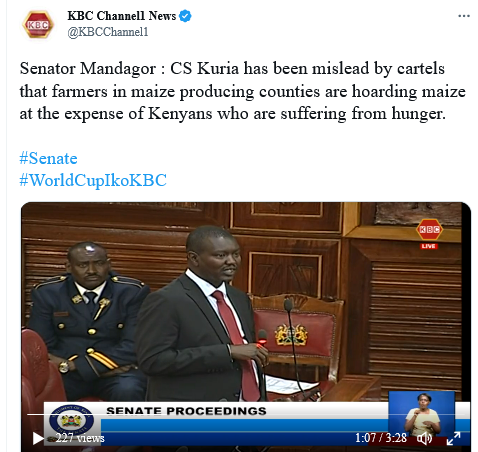