By Bulleye (self media writer) | 9 days ago 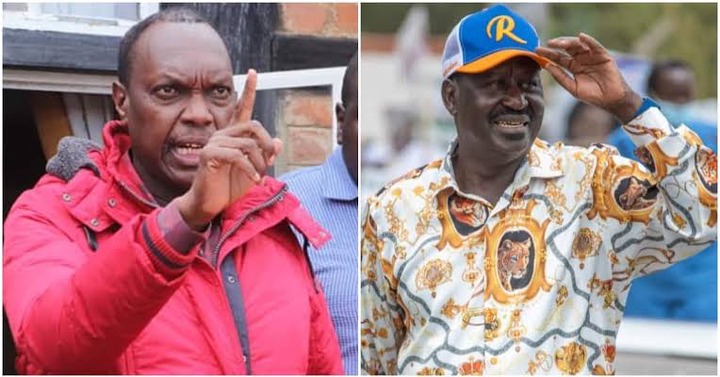 Jeremiah Kioni is a member of Azimio coalition and the Secretary General for Jubilee party. He was among the leaders who accompanied the Azimio leader Hon Raila Odinga to Kamukunji Rally in Nairobi.

Analyst Stephen Mutoro has called for an urgent help to rescue Kioni from Raila Odinga after his recent utterances that have provoked controversy among Kenyans. Kioni had acknowledged the alleged UDA technology that was used to rig elections especially in his own constituency, Ndaragwa where bulbs spread darkness and melted into water within 6 hours of inactivity.

Mutoro said it’s worrying for Jeremiah Kioni to see darkness in the day and start blaming it on UDA technology. He claimed that he should look for other alternatives to earn fame in his Azimio party.

Stephen Mutoro tweeted, “Someone help rescue Hon Jeremiah Kioni from Raila Odinga. Even if he must do everything to get a piece of the Azimio political party millions (from the taxpayer). This is very worrying. Mhesh is seeing darkness at mid-day. He is blaming it on UDA technology!” 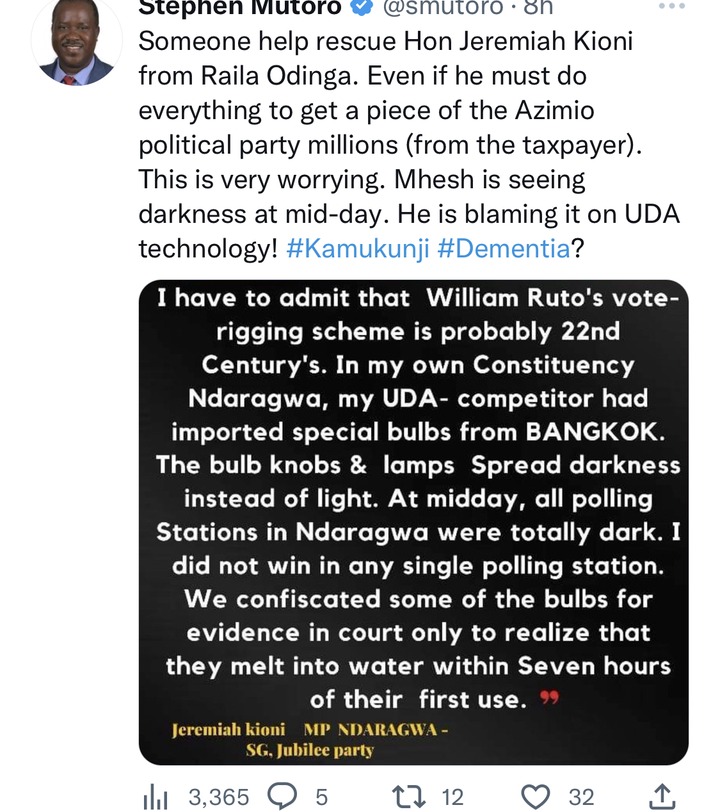 Jeremiah Kioni said, “I have to admit that William Ruto’s vote-rigging scheme is probably 22nd century’s. In my own constituency, Ndaragwa, my UDA-competitor had imported special bulbs from Bangkok. The bulb knobs and lamps spread darkness instead of light. At midday, all polling stations at Ndaragwa were totally dark. I did not win in any single polling station.

Content created and supplied by: Bulleye (via Opera News )