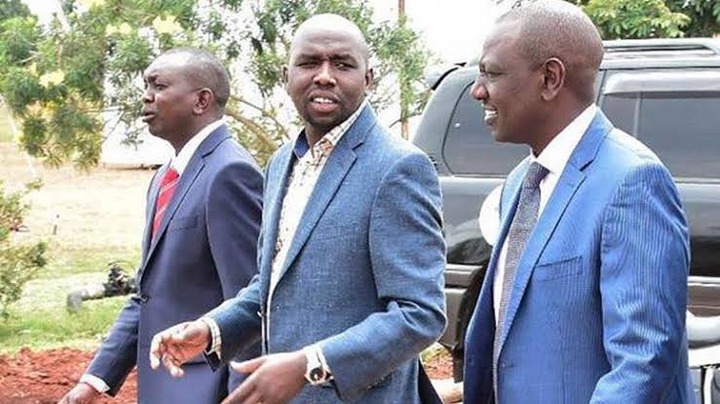 There is a reason as to why some of the most vocal allies of Deputy President William Ruto have gone silent and are no longer been seen with him, Murang'a Senator Irungu Kang'ata has said.

This comes at a time when the DP seems to have dropped some of his hardliners from his rallies and political functions, opting to only crisscross the country in the company of a select group of allies.

It is the same group that has been involved in bashing his opponents and at times making controversial remarks, apparently on his behalf, but seems to have gone completely quiet.

Kang'ata says that this is because just like Ruto, who is eyeing the presidency, they too have political ambitions and are going back to their people to seek fresh mandate ahead of next year's polls.

"Known faces have gone back to their bases to concentrate on their races. Major faces are engaged in races that require major input like the gubernatorial seat,” the lawmaker told The Standard. 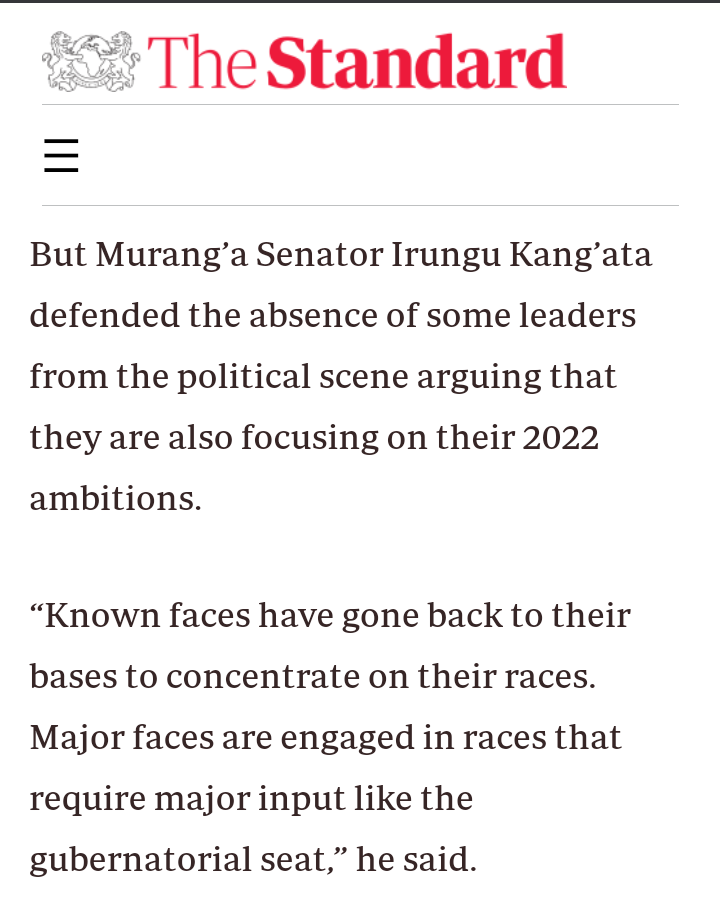 They include Nakuru Senator Susan Kihika, Kapseret MP Oscar Sudi, Elgeyo Marakwet Senator Kipchumba Murkomen and Samson Cherargei (Nandi), all of whom are diehard allies of the DP.

The same is the case in ODM leader Raila Odinga's camp, where he is no longer seen walking with some of those who have even landed in trouble for verbally fighting others considered his political enemies.

They include Suba North MP Millie Odhiambo. ODM National Chairman John Mbadi said that given that Raila now has new allies from across the country, there is need for his people to take the back seat.

“It’s positive that Raila has new friends across the country and it only makes sense to allow these people to move around the country with him and have enough time to address gatherings unlike when we are all there," he told the paper.

The Suba South MP said that in the meantime, they are busy rallying their regions behind Raila's presidential candidature from behind the scenes.