Robbinson Njeru Githae, a former finance minister, reportedly provoked fury across the nation when he advised Kenyans to feast on rats.

Njeru, who was serving under the late President Mwai Kibaki at the time, urged desperate Kenyans to vary their diets as the nation was being torn apart by hunger.

The Finance Minister was tasked by President Kibaki to offer remedies to the country's ongoing food problems, but the needy people did not agree with his suggestions.

"In Tanzania, for instance, rats are eaten. But in this nation, people will refuse to eat if you suggest they consume rats.

Njeru counseled, "Therefore, humans will die of hunger while there remain rats." 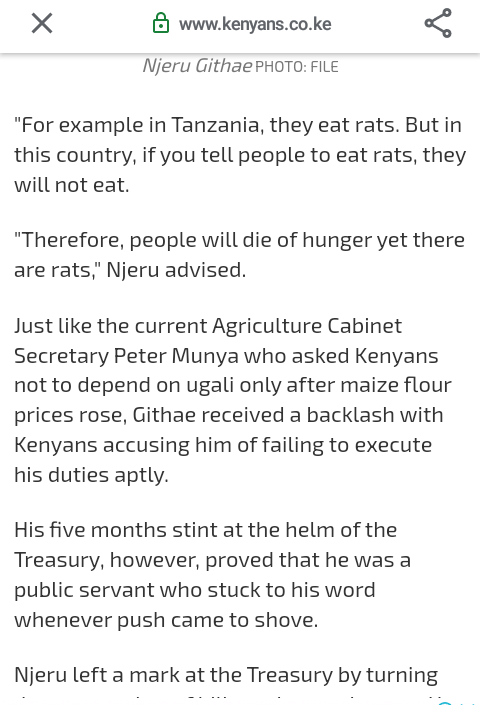 Githae faced criticism for not carrying out his responsibilities properly, just like the current Agriculture Cabinet Secretary Peter Munya, who urged Kenyans not to rely on ugali solely after maize flour prices increased.

However, his five-month tenure as the Treasury's head demonstrated that he was a public servant who kept his word when it mattered most. 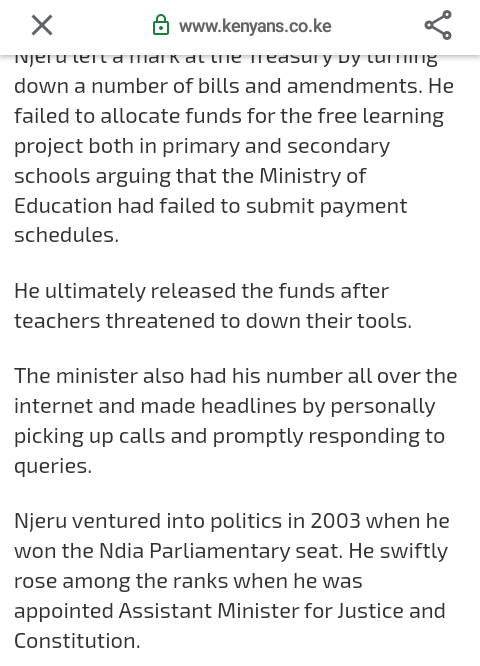 Njeru made an impression at the Treasury by rejecting several legislation and changes. Insisting that the Ministry of Education had not submitted payment schedules, he refused to grant cash for the free learning programme in primary and secondary schools.

After teachers threatened to put down their tools, he eventually released the funds.