By #Unmuzzled (self meida writer) | 1 months 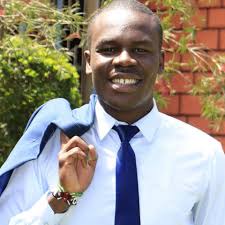 Following a report released yesterday ranking Members of Parliament according to their contribution to debates in Parliament, many Kenyans are left scorning at their incompetent legislators.

One such MP is Silvanus Osoro (pictured) of South Mugirango in Kisii County, who has come under attack from constituents for being grouped among the quiet members.

Osoro, a fierce supporter of DP William Ruto and his State House bid, has always been very vocal in defending Tangatanga in whatever politics at play.

The youthful politician and first-time MP went down in history books for engaging in a physical fight with Dagoretti North MP Simba Arati over a microphone at a funeral in Kisii several months ago.

It was during the burial of Kisii Deputy Governor Joash Maangi’s father at Tendere Stadium in the said County.

Now a group calling itself ‘The Six Pillars of South Mugirango’ has said the MP is a disgrace to the people who took him to Parliament, accusing him of engaging in too much national political exchanges to the detriment of area development.

“Let someone tell Osoro that he has let the people of South Mugirango down by not being sensitive to issues affecting us like that of sugar farming,” they said.

Content created and supplied by: #Unmuzzled (via Opera News )

Gideon Moi Attacks DP Ruto Over His Popularity, Reveals Why He Should Not Celebrate of Huge Crowds

Find Out The Kenyan Dj Who Has Suffered Stroke Twice (Photos)

Raila's Close Ally Finally Bows To Pressure, Demands An Explanation Why Ruto Was Blocked To Travel

"If You Want To Lose Elections, Contest On This Party's Ticket " Kiraitu Sends Warning To Aspirant