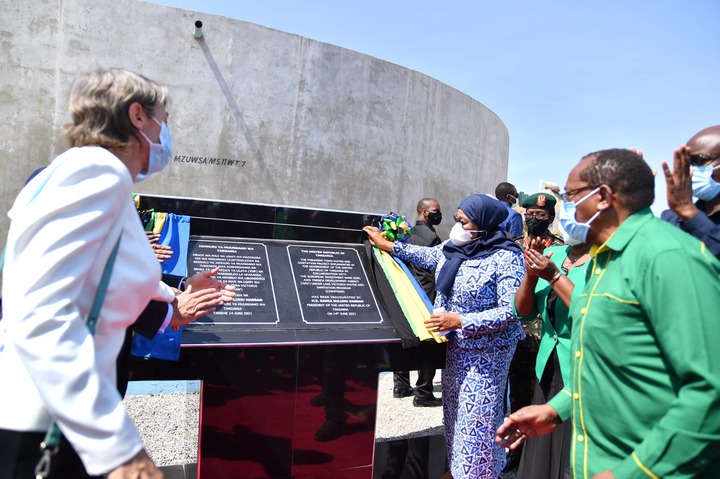 President Samia Suluhu Hassan has been showered with praises when she toured areas of the Mwanza region, Monday, 14 June 2021.

This is the second day of Samia's official visit to the Mwanza region, a visit that has seen a section of Tanzanians rate her above late President John Pombe Magufuli, her predecessor, particularly on how he handles opposition.

While making rounds in the Mwanza region to see going government projects, a man was spotted holding opposition party CHEDEMA's flag among the audience.

The source said President Samia did not feel offended seeing some people in her audience holding and flying the opposition party's flag in her official government event, instead, she just addressed them all. 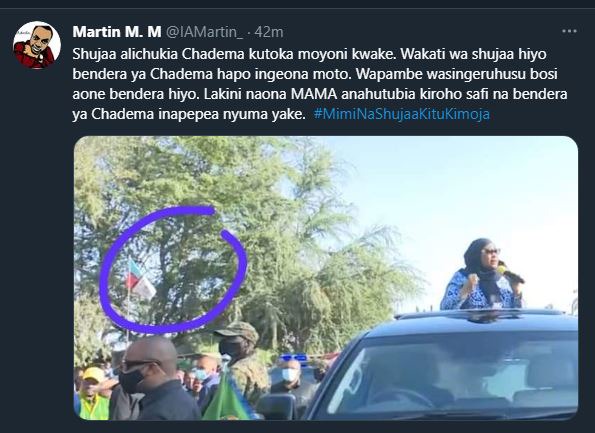 Samia has been praised for not ordering her security team to manhandle the man, or even order local leaders to deal with the man.

According to some Tanzanians, the case would have been different if it was the late President John Pombe Magufuli's event.

They noted that the late President hated the opposition party with passion, and would not have allowed such like a flag to fly freely while addressing the people. 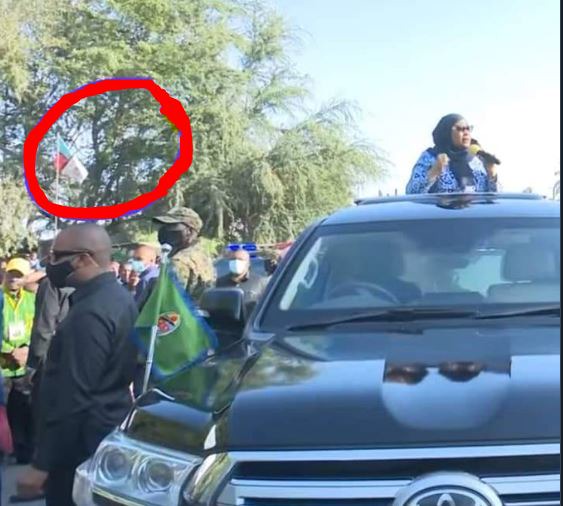 Have a look at some of the reactions as captured from Twitter. 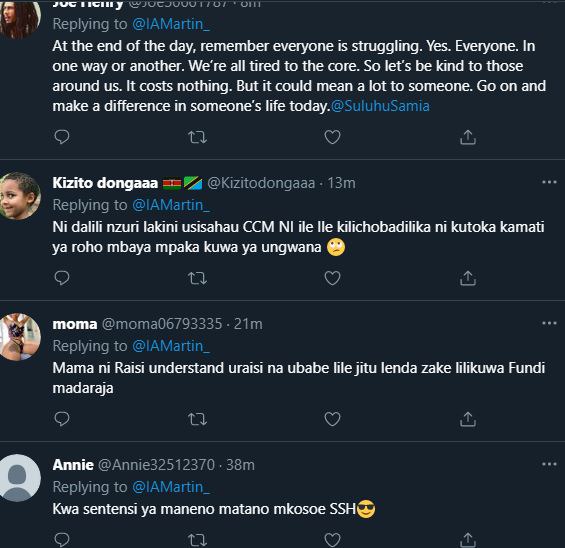 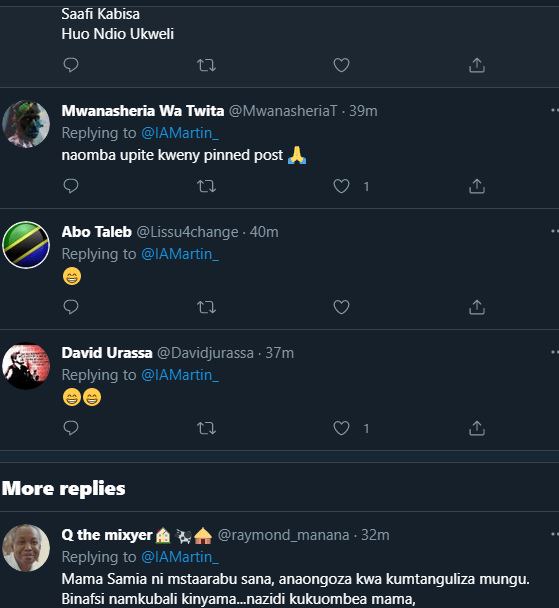