After joining William Ruto' s camp, Chama Cha Mashinani party leader has been conspicuously missing in deputy president' s functions across the country as was expected. 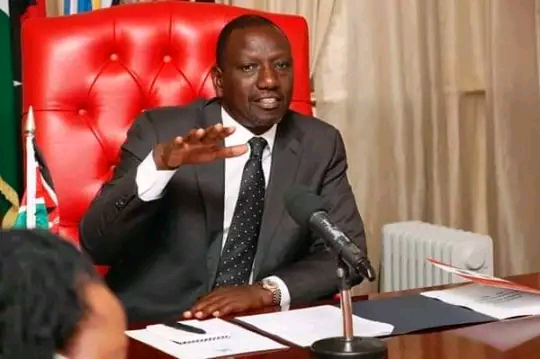 The long wait and anxiety came to an end as Isaac Ruto welcomed his brother in the Narok county Ilmotok area.

Rising to welcome him the crowd went into frenzy cheering the two leaders with a lot of excitement.

The excitement the crowd showed proved the long wait by supporters for the two leaders to work together.

William Ruto is visiting Narok county for a development tour as well as popularizing himself in the region largely dominated by Raila Odinga.

Before joining the hustlers camp, church leaders and elders from the Kalenjin community called on the two leaders to see aside from their differences for the benefit of the common man.

Even so, not everyone welcomed the decision by the two to work together, the move was a blow to his rivals on the Bomet gubernatorial seat. 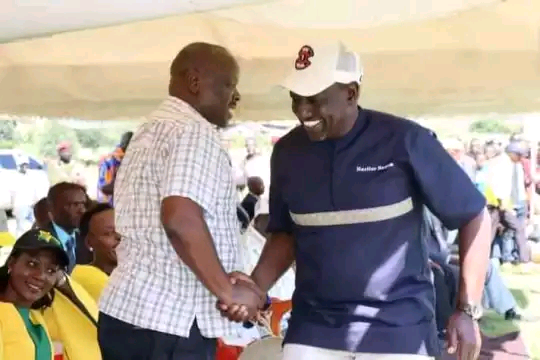 Recently while explaining his decision to support the deputy president, Isaac Ruto condemned the two handshake brothers Raila Odinga and Uhuru Kenyatta for ganging up against William Ruto.

Isaac Ruto has in a new twist of events dumped the BBI talk and focused on drumming support for Ruto and himself.

It' s believed that Isaac after joining William Ruto had to set aside his BBI promotion agenda, the document is unpopular in the region and if indeed he continued with the BBI he would be considered a traitor and will affect his built- up political ground.

Even so, the document is receiving support across the country and his county is in the dilemma of voting for it or against it.

MCA from the county assembly said they would follow the trend in order not to expose the deputy president. 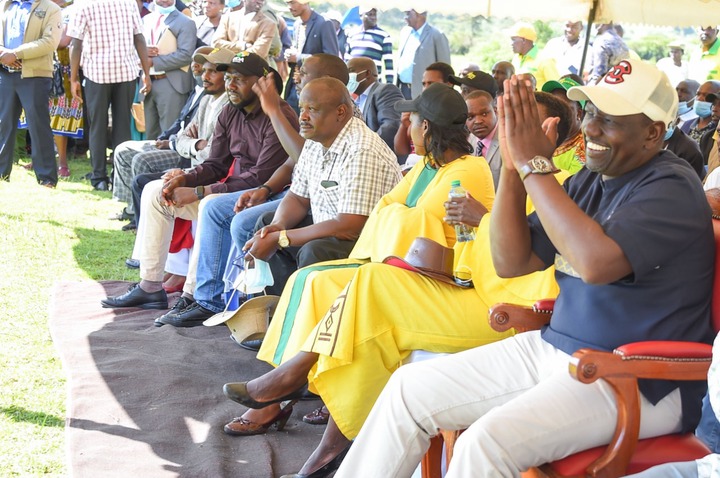 ODM party leader Raila Odinga has again given tough conditions in advance for the ones against the suggested constitutional changes being sought by himself, President Uhuru Kenyatta and their allies.

They want the changes made in a referendum they want held in June, the changes are being opposed by some vocal politicians, the bill is also dealing with competition from the rival camp made up of politicians close to Deputy President William Ruto.

On Tuesday, Raila laughed at the BBI critics, telling them that the BBI reggae is unstoppable, as he also seemed to melt his heart, urging them to abandon the sinking team and join the winning group. 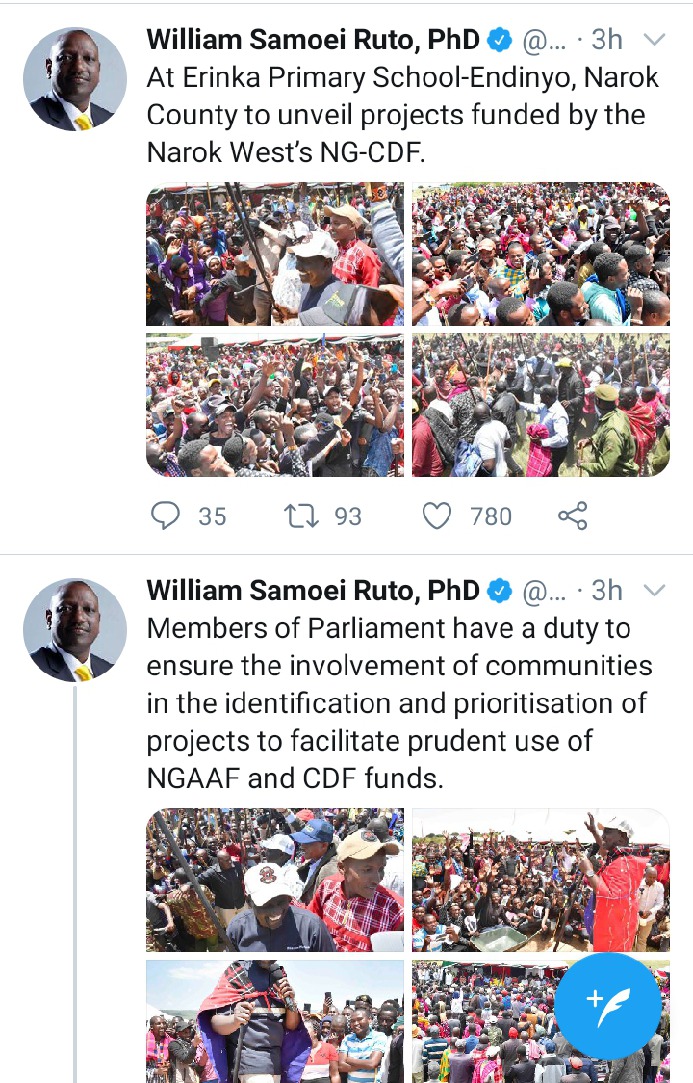 Raila, who has been hard on the rival camp telling them to organize themselves and launch the No campaigns, now wants those on the other aspect to join him and the president to pursue for amendments.

"The naysayers ought to simply be part of the winning group due to the fact nobody can stop the BBI," he stated in Mwatate and Taita Taveta County.

He yet again bashed Ruto and his crew over their Hustlers narrative, pronouncing that the solution to the country's troubles is contained inside the BBI and not the different ideologies such as hustler and wheelbarrows being given to Kenyans.

Raila termed citizens of the Coastal region as among those set to substantially benefit if the proposed amendments are adopted, saying that this will mark the end of the slow development in the sidelined region.

Former Prime Minister and UN envoy for infrustractrure Raila said for a long time, the region has been sidelined because the contemporary Constitution isn't clear on how counties need to benefit from local assets.

What Kenyans Are Saying About The BBI Bill Passed By Counties.