Is Mt Kenya Slipping Away From DP Ruto? Heroic Moments As Raila Is Received Like A King In Meru

Former Prime Minister Raila Odinga received a heroic welcome in Meru county despite Dp William Ruto claimings he is the kingpin of the region,in photos and videos circulating on social media it has been established that Raila Odinga was even escorted by residents of Maua to his first stop,addressing residents of Maua he promised them that he will talk with relevant individuals so that they can start selling Miraa in countries like Somalia and Congo,for the longest time Miraa farmers have been blaming the government for being silent while they are suffering,today they got an assurance from a Presidential Candidate hopeful that their issues will be looked at. 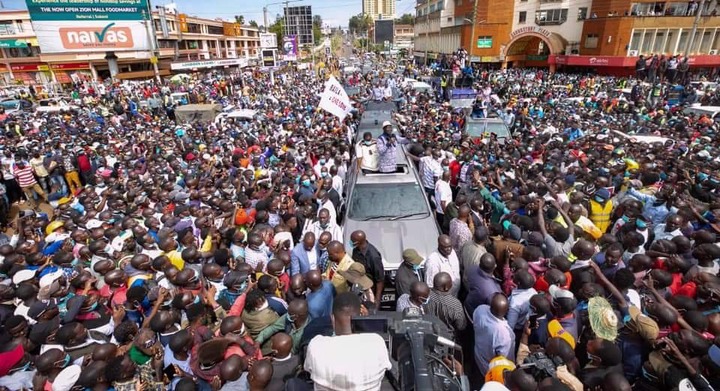 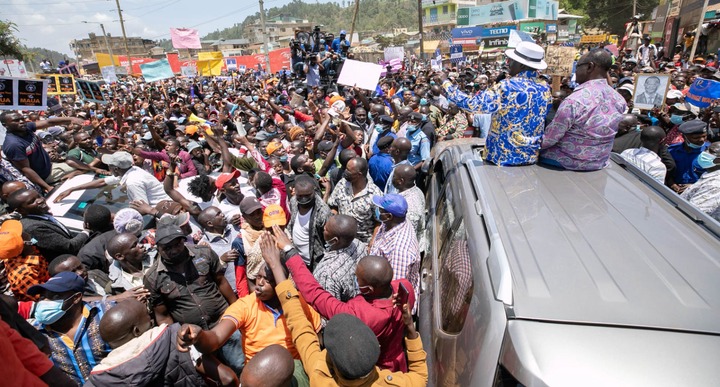 While Mombasa governor Ali Hassan Joho disclosed that he has already removed taxation which Meru farmers incur when they bring their commodity in his county,among those who were accompanying former Prime Minister Raila Odinga were Meru Governor Kiraitu Murungi, Maoko Maore,Junet Mohammed,Kanini Kega and other notable leaders,In a span of one month ODM party leader has been attracting huge crowds much more compared to Dp William Ruto. 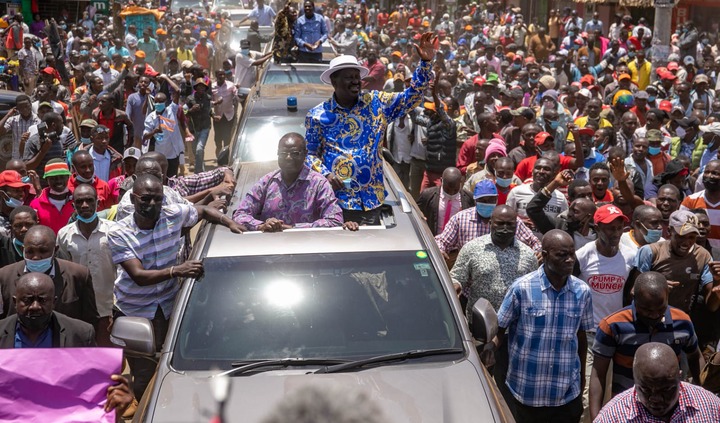 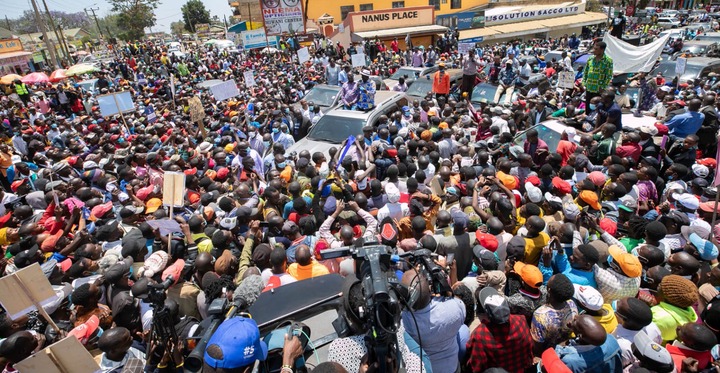 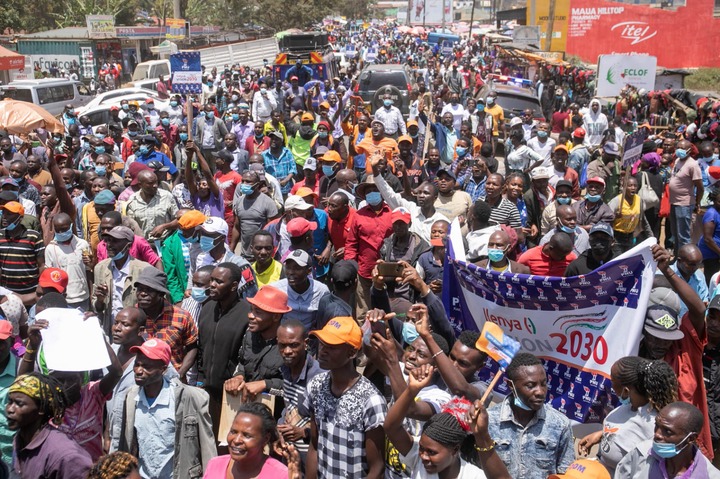 Political commentators believe that the region might be sneaking away from William Ruto owing that he has been camping in the region for almost one month,recently a report has been released and Raila Odinga is gaining momentum in the region.