"I Will Expose All, Watch Me" Makau Mutua Threatens To Expose Dp Ruto And His Allies In Coming Weeks

The American based Lawyer Makau Mutua has broken his silence after the Amani National Congress Party Leader Musalia Mudavadi joined the Deputy President William Ruto's camp ahead of the upcoming general elections in August 2022.

Through his Social Media page, Makau Mutua has criticized those joining the Second in Command, citing that the William Ruto is the most Scandal ridden politician in the history of Kenya. He said that those Joining him have many corrupt Skeleton hidden under their cupboard.He said that he is preparing and in the coming weeks, he is going to expose all this.

"DP @WilliamsRuto is the most scandal ridden politician in Kenyan history. This is his soft underbelly. Those who’ve joined him have many corrupt skeletons in their cupboards. I will expose ALL in the coming weeks. They are going to wish they never joined politics. Watch me." Makau Cited.

Kenyans have however expressed different opinions on this matter, some telling Mutua off, citing that when these people were working with Raila Odinga, didn't have a problem with them. Now that they have joined William Ruto, things have changed.

Others told Mutua to stop threatening people instead he should present his evidence in the court of law. 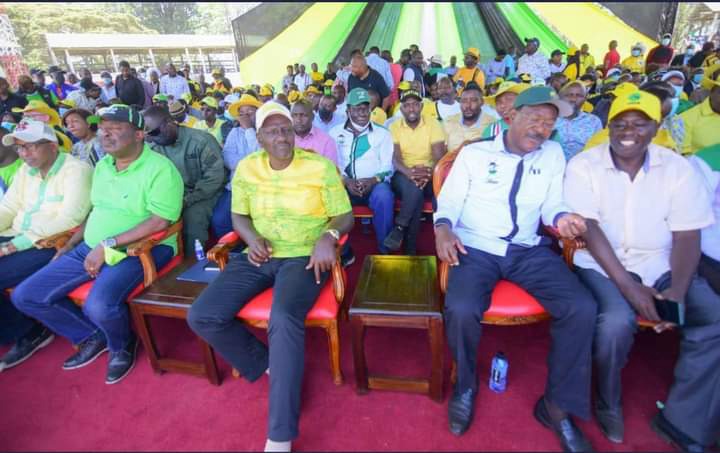 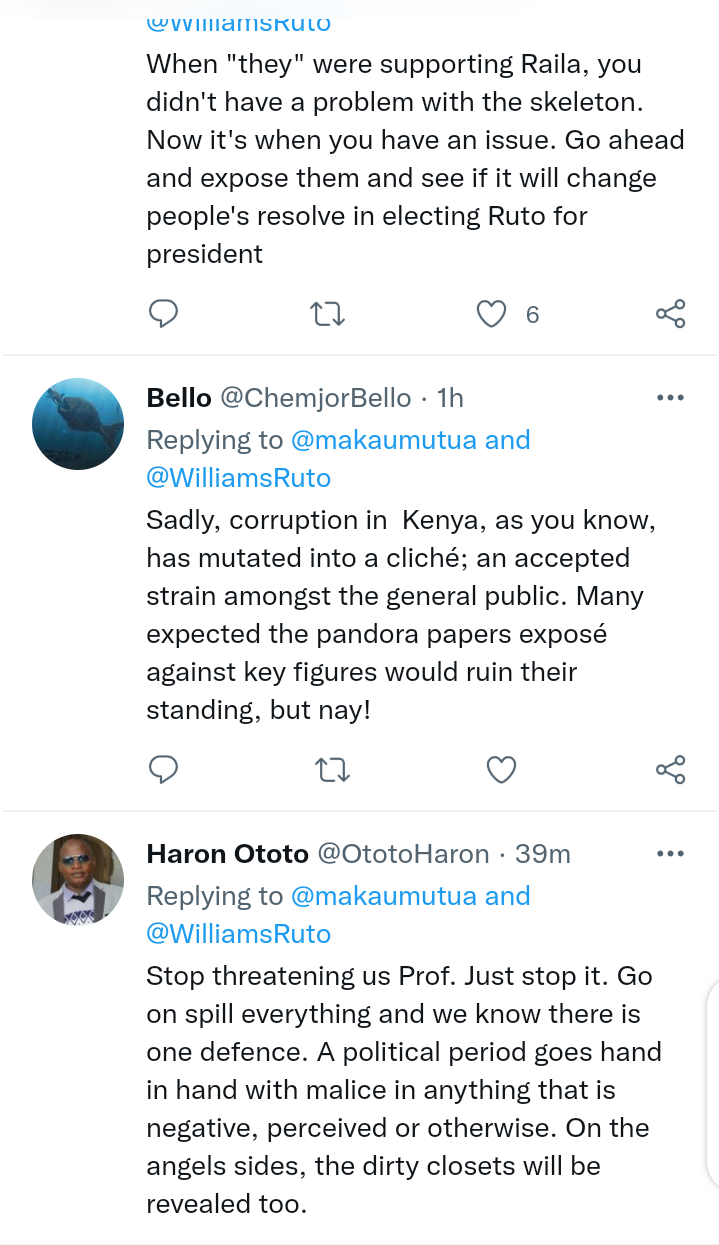 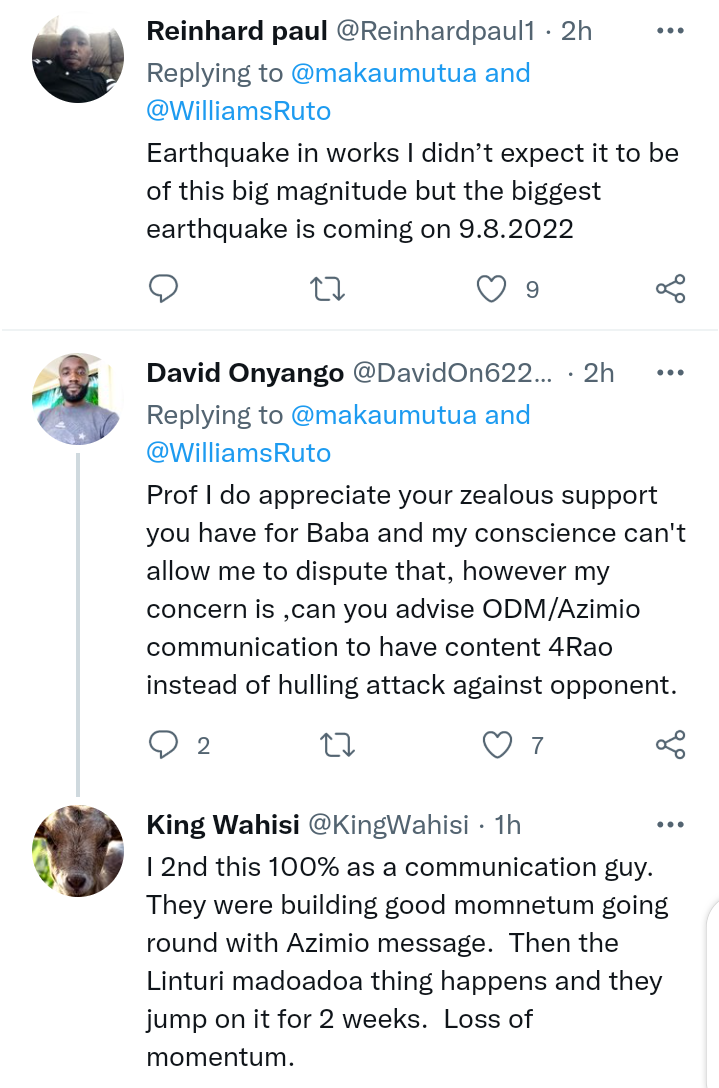 Check The Presidential Popularity According To The Latest Opinion Polls

Kalonzo Breaks Silence After Getting Back to The Country

"Legalize Marijuana For Export" Says One Of The Presidential Running Mate