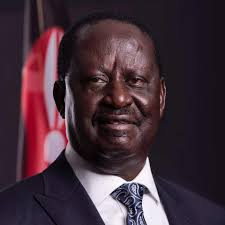 ODM leader Raila Odinga was addressing mourners at the funeral of the late Oyoo Oroka who succumbed last week after a short illness in Agha Khan Kisumu. In his speech Raila Odinga thanked Kisii County assembly members for adopting the BBI which has so far surpassed the required threshold. According to Raila Odinga, President Uhuru Kenyatta assured him that all Mount Kenya Counties would endorse the document.

However his speech on the BBI is what left many in stitches after revealing that his conversation with President Uhuru Kenyatta resulted into naming Tuesday this week as ‘Super Tuesday’. He left many in stitches when he said that Ruto and his allies opposed a document that they did not know anything about. He further claimed that they opposed the document even before it was released or revised.

Yesterday President Uhuru Kenyatta hosted six party leaders at statehouse where he thanked them for a job well done for ensuring that the BBI document was adopted and passed in different counties across the country. Below is a video link of Raila Odinga addressing mourners in Kisii:

Stop Sleeping On Your Right Side, This Is What It Does To You

Worse than COVID-19, 5 horrific Pandemics in the History of Mankind

"I Went To Heaven For 16 Hours, And This Is What I Saw," Man Narrates

"My Husband's Cheating Was a Blessing in Disguise" Lady Narrates

'I Was Hubby's House Girl And Raised His 4 Kids. We Are Now Happily Married For 24yrs' Lady Reveals