“This Must Stop” Raila Breaks Silence After By-election, Talks About Handshake

By The.TREND (self meida writer) | 1 months 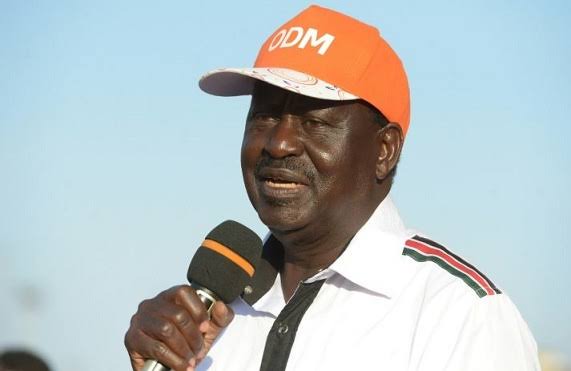 After the by-elections that were held yesterday in Juja, Rurie and Bonchari, which are the strongholds of the Orange Democratic Movement ODM party, the United Democratic Alliance UDA party won the elections in both Juja and Rurie. Raila Odinga, the head of the Orange Democratic Movement party, has again blamed the IEBC for failing to ensure free and fair elections by not controlling the security. He says that police intimidation of voters was rampant during the elections.

In his twit, the former Prime Minister said that what the country observed in Juja and Bonchari by elections is a misuse of police authority and insolent show of lawlessness by a few overzealous and militaristic government workers. He said that election is an opportunity for voters to express their will through the ballot box, not a way to pursue fictitious and short-term political goals.

In his other twit, Raila added that security forces exist to serve the people and not the interests of those seeking to experiment with politics. He said these are renegade elements who wish to use the handshake as an excuse to destroy the hard-won liberties and should not take the peaceful coexistence after 2018 for granted.

Content created and supplied by: The.TREND (via Opera News )

"Let The Governor Close School We Stay In The House With Our Children", Kakamega Marketers Claim