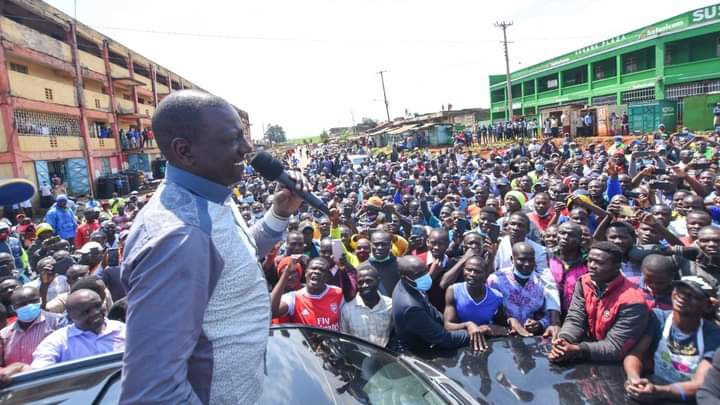 The second in command arrived early morning received by a host of leaders led by Migori County Governor Okoth Obado who officially cut links with ODM openly rallying behind the Deputy President. 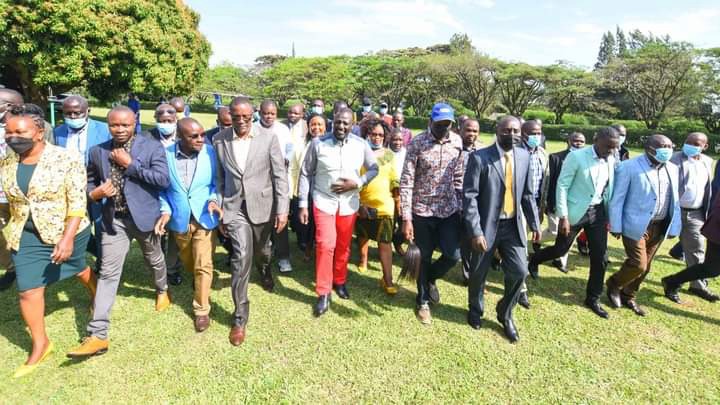 The Migori County boss and Ruto, among other local and national leaders allied to the DP's Tangatanga movement, had a meeting with officials from both UDA and the People Democratic Party -linked to Obado before proceeding to a fundraiser organized at Awendo Central SDA church. 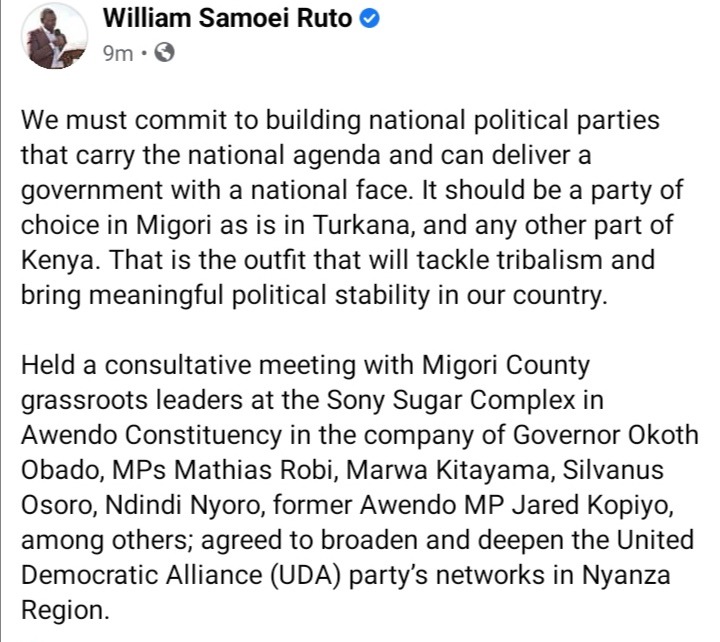 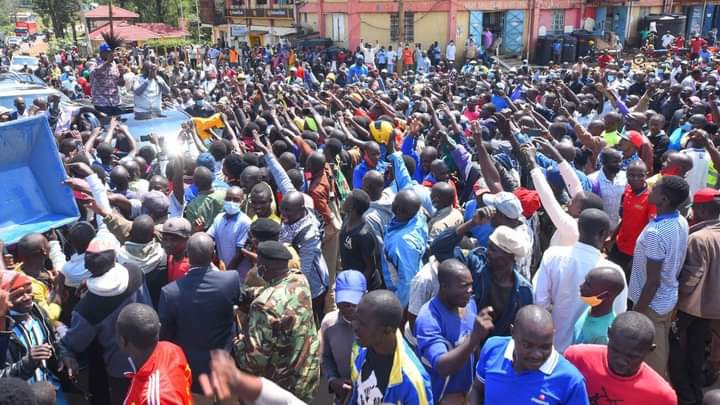 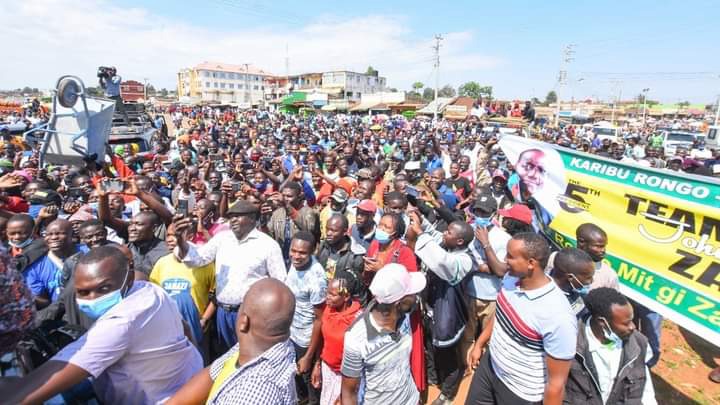