By Egesa52news (self media writer) | 2 months ago 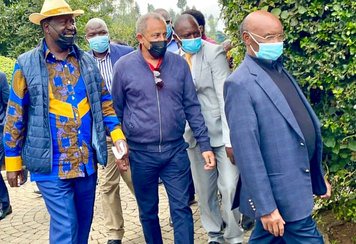 All eyes are on the Former Prime Minister Raila Odinga, on his next political move after losing the August 9th presidential election for the fifth attempt since his first in 1997, followed by 2007, 2013 and 2017.

A number of people have opined that Raila will be retiring from active politics, front one of his close allies to take over the ODM party leader, and be a mentor and advisor to those who will be in his party.

However, according to Political Analyst Eric Ragalo, Raila will most probably make a comeback in 2027 and contest for the presidential seat, and that his win might depend on how President-Elect William Ruto and his government delivers on its manifesto. 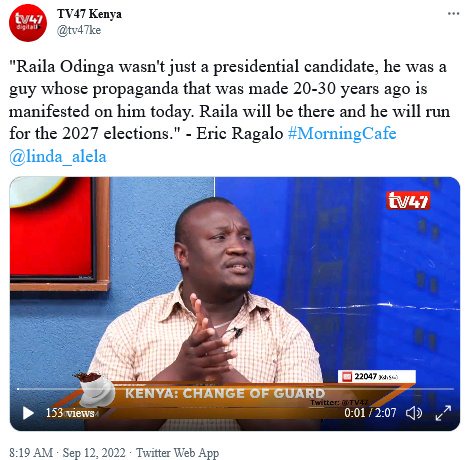 Ragalo further claimed that Raila has been a victim of propaganda that goes back to 20 or 30 years ago, and that was the main reason he did not find favour in Mount Kenya Region despite having a running mate, Martha Karua, from the region, and still having the support of Mt Kenya Foundation and President Uhuru Kenyatta's endorsement.

"It is Kenyans who will decide on whether to vote for Raila or not, he can contest as many times and he can. Raila being on the race does not prevent the young politicians from contesting. Raila's attempts for the presidency have been affected by the propaganda made more than 20 years ago, and which are manifested on him even today."

"The people from Mt Kenya and who came the other day saying that Raila was the best person, were the same people who spoke the contrary in the past, and it was thus hard for the narrative to be bought few months before the elections. I am telling Kenyans that in 2027, Raila will come back and will be the Raila we have always known. He might even defeat Ruto."

Content created and supplied by: Egesa52news (via Opera News )