By @Milly (self media writer) | 7 months ago 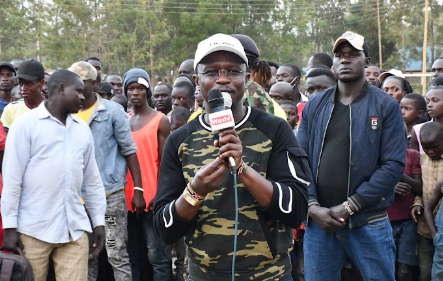 Deputy President William Ruto has received a major boost in his presidential bid after Foreign Affairs Chief Administrative Secretary (CAS) Ababu Namwamba drummed his support, while urging Western Region and Kenyans at large should elect leaders who have a track record and not stories.

As quoted by the Star, Ababu said that that he is in UDA, adding that Ruto is an action-oriented leader who is ready to make the country better if he wins the presidency in August.

"For me and my sister Mary Emase (the former Teso South MP) who believe in the yellow colour, and the people of Budalangi will stand firm with the chief hustler. We are not going to leave anyone behind. We will follow leaders who perform. Don’t allow people to come here and tell you stories," said the former Budalangi MP.

He served as an MP for two terms under ODM, before losing to Raphael Wanjala following his defection to the Labour Party of Kenya.

Emase echoed Ababu saying that the next government would be made by the hustlers, and that the people of Busia County should ensure that they are in that administration..

"The hustler we are supporting is not someone whose leadership is still under test. The chief hustler is someone we have seen what he is capable of doing," she added.

President-elect H.É Dr William Ruto Gives Hopes to Kenyans, Reveals How He Will Run The Government