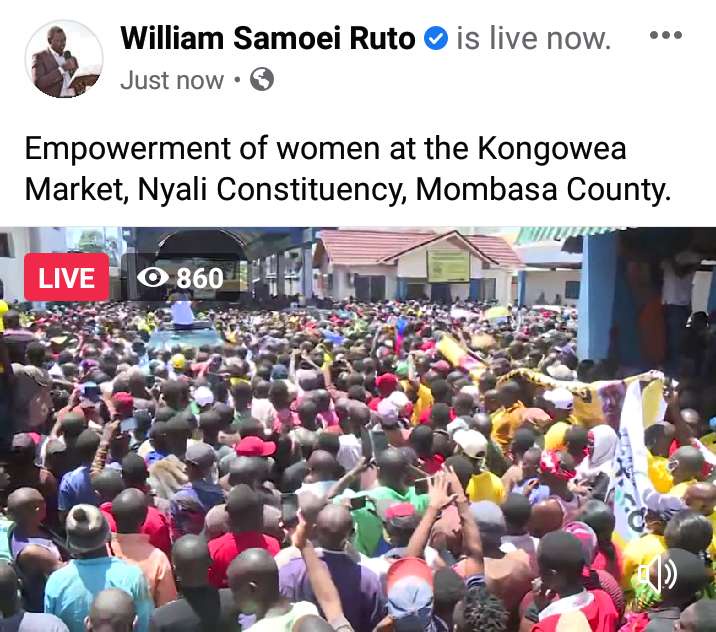 Dr Ruto added that he can' t compete with a watermelon who is finished politically in his bedroom. While addressing the sea of humanity at Kongowea, the DP drumed support for his UDA as he says that ' Kazi ni Kazi' 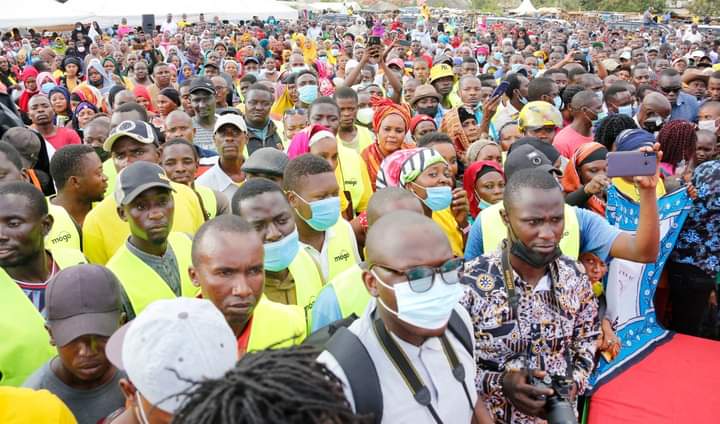 According to a Ruto ally, identified as Dennis Itumbi, who enjoys massive social media following, the bottom- up economic model is achievable. In his official Facebook account, Itumbi revealed that Ruto did a fundraise of 1. 5 million shillings to the Nyali riders Boda Boda Sacco. He stated that it is now 8 months and the Sacco owns a Matatu, it has started issuing affordable loans, and also they are planning to buy a shamba to begin a motorcycle Assembly line.