Is Ruto Secretly Working With Uhuru To Finish Raila Completely?

By LarryKatana (self media writer) | 9 days ago 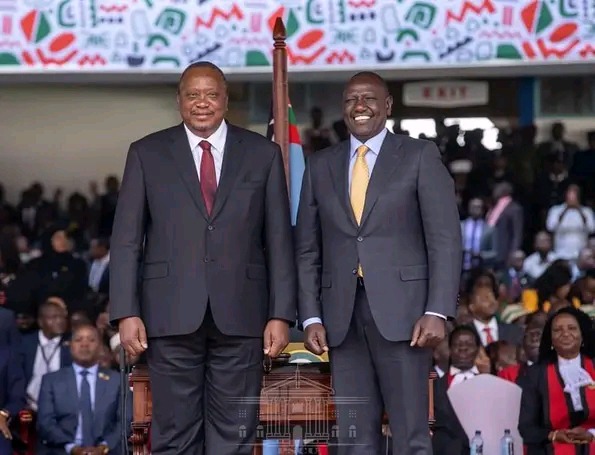 Former President Uhuru Kenyatta with his successor, William Ruto during the latter's inauguration at Kasarani Stadium in September 2022 ( Photo Courtesy)

Whereas it was very clear that President William Ruto was not Uhuru's preferred choice of a successor, many question if at all the former President's decision to support Azimio la Umoja leader Raila Odinga was genuine.

Amid all this, Uhuru, in his position as Jubilee Party leader has not called for any parliamentary group meeting with members of his party. This development.has sparked speculations as to whether Dr Ruto and the former President are working secretly in a bid to cut Raila to size.

If Jubilee Party legislators cross over to the front bench in the two houses of Parliament, Raila's political strength will be weakened. And this could be part of the ploy by Uhuru and Ruto to ensure the former Prime Minister lacks his political relevance, thus pushing him to retirement in the long run.

Unless Uhuru summons his MPs and warn them against working with Ruto, then people will conclude otherwise.