Mohammed Ali Makes A Big Move Ahead Of August Poll, Turns Many Of His Critics Into Supporters

By MauloDaniel (self media writer) | 3 months ago

Mohammed Ali is a well-known politician who is also known as Jicho Pevu throughout the country. His nickname is "Jicho Pevu." He is known for being a man who is both loud and outspoken, in addition to the fact that he is the current Member of Parliament for the Nyali constituency. 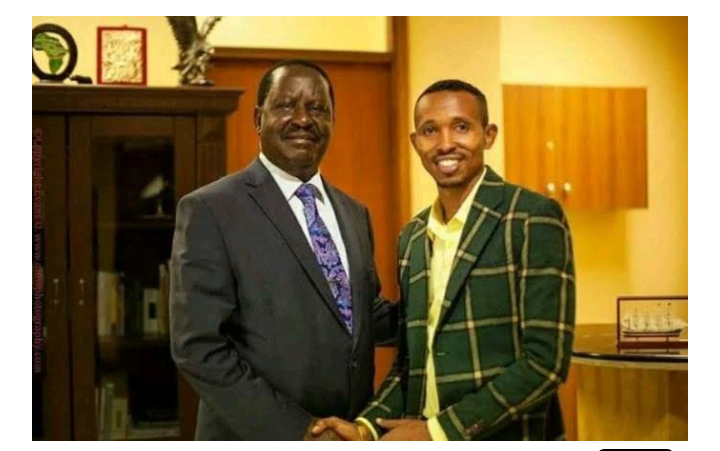 Because this region has traditionally served as a stronghold for ODMs, several people have voiced their reservations about Muhammad Ali and pledged to remove him from office in 2018. However, in the aftermath of the election, there was a huge shift in support for him, with many of his adversaries turning around and becoming his fans.

Muhammad Ali announced on his official Twitter account that he had provided scholarships worth a total of $10,608 million to all of the public secondary schools in Nyali. 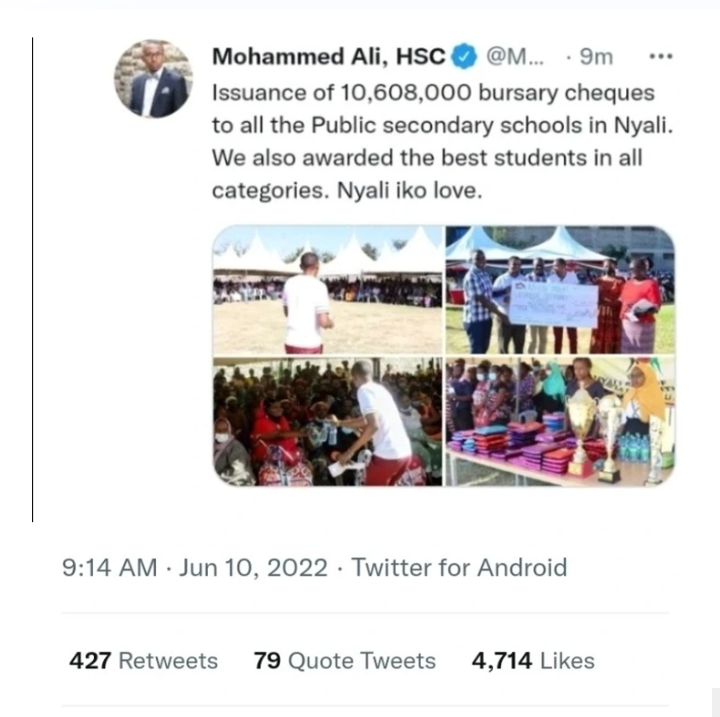 Please don't hesitate to voice your opinions about what happened and discuss your reactions with the other people in your group.