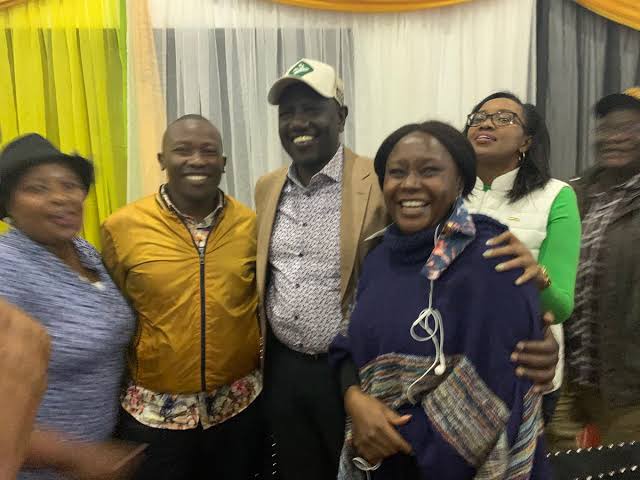 Allies of deputy president William Ruto who were arrested during the just concluded Muguga and Kiambaa constituency parliamentary by-elections have won big.

This after the Office of the Director of Public Prosecutions declined to charge them and have since been released from the police stations where they were being held the authorities.

Dennis Itumbi has revealed the fresh details saying that there are six more who are being detained at the Karuri police station in Kiambaa and their arresting had everything to do with the politics.

"Asante sana @ODPP_KE for declining to play the dirty game of @DCI_Kenya on THREE @UDAKenya mobilizers arrested on Wednesday last week, just because of POLITICS. Now, there are SIX more, being DETAINED for ZERO REASONs at Karuri Police. Please ACT & deny DEEP State the Pleasure"Dennis Itumbi. 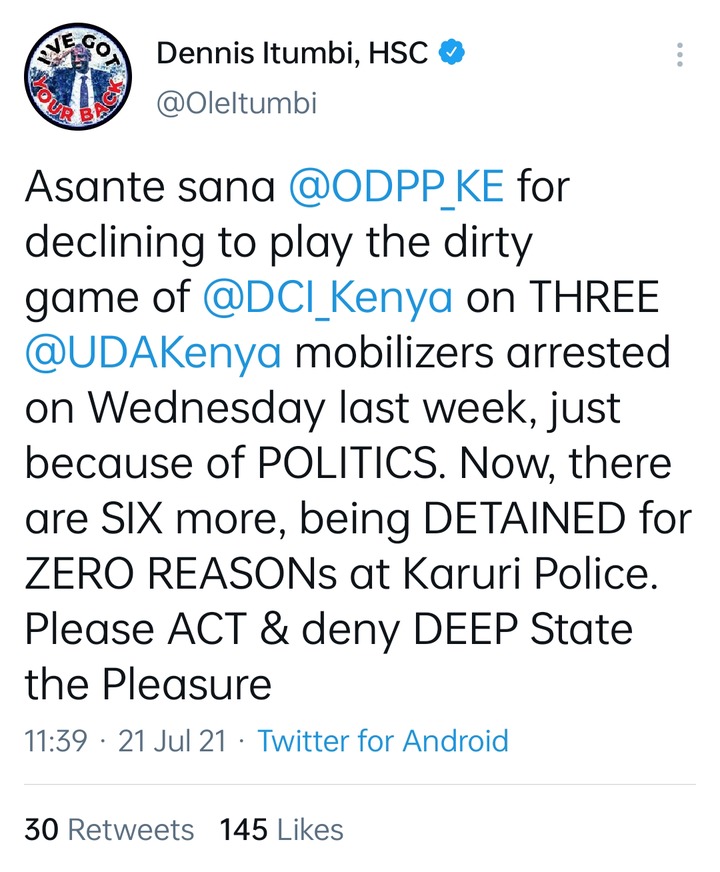 However, some of his allies are said to have been arrested in order to prevent them from disrupting the peaceful conduct in which the Independent Electoral and Boundaries Commission was conducting the by-elections.

This comes at a time when Gatundu South MP Moses Kuria has slammed the ruling Jubilee Party (JP) claiming that arresting the allies of deputy president William Ruto and defeat in the Kiambaa by-elections was a sign of collapsing foundations of the Uhuru led party.

According to Kuria, JP's defeat in the by-elections is a sign of the party's collapse.

'Muthee Kiengei' Flaunts His Beautiful Wife After A Sunday Service