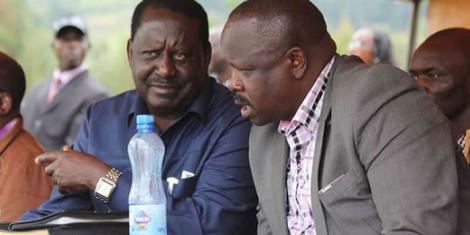 According to him, the party's structures do not read from the same side, and that is one of the main reasons that led to the collapse of the National Super Alliance (NASA) where Ruto started as one of the principals before bolting out in 2017.

Speaking with Citizen TV, the Chama Cha Mashinani party leader alleged that his party was yet to get any coin from the political parties fund despite the agreement among the former Nasa partners.

"There are questions on how ODM party manages itself. For instance the sharing of the political parties fund, CCM never received any cent in the last four years yet that was part of the agreement within the Nasa brigade," said Ruto.

The ODM party secretary general Ediwn Sifuna months ago alleged that all political parties within the alliance which are the ODM, Kalonzo Musyoka's Wiper Movement, Moses Wetangula's Ford Kenya ,Amani National Congress (ANC) of Musalia Mudavadi and CCM had received their allocations based on the number of lawmakers they sponsored in to parliament in 2017. 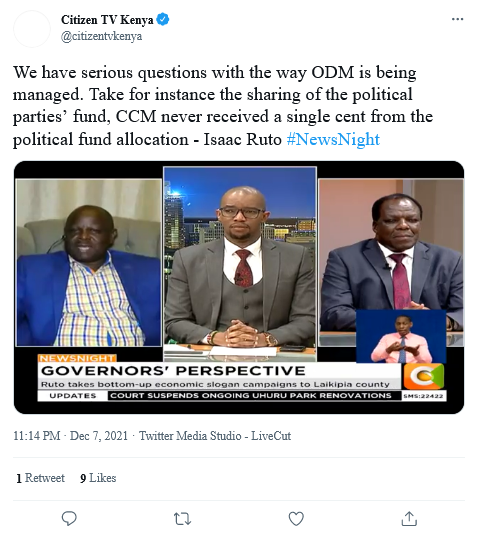