By Oyugihotnews (self media writer) | 1 month ago

The fight for Western region rich votes locale has been a major political topic between the former Prime minister Raila Amollo Odinga and the deputy president William Samoei Ruto. The two leaders are all fighting for Western region supremacy ahead of the poll as they know that winning in Western region will be a boost that will increase someone's chances of securing the Presidential spot. 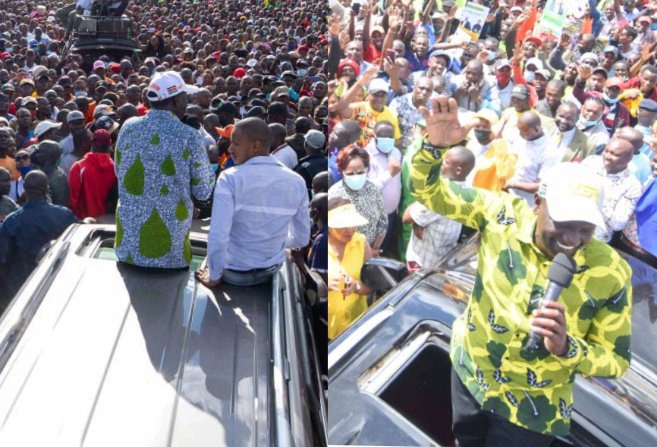 1.The Fight For Regional Supremacy Between Top Ruto Allies.

The Nation media Group reported that Kakamega county senator Hon Cleophas Malala and top Ruto ally Hon. Boniface Khalwale will battle for the Gerbanatorial spot in the region. Despite Malala being an ANC leader he still supports the Deputy President William Samoei Ruto.

The two leaders are so influential and their political differences due to Governor seat must be considered by the DP. This will make both of them very difficult to campaign for Ruto in the next poll and Ruto might lose majority of supporters in the region due to Political differences.

Mulembe community have found it had to have one spokesman despite the top leaders from the region. This is a boost to Raila because he secured the support of very influential leaders Hon. Atwoli, Hon Wickliffe Oparanya who are now considering themselves as Luhyas spokesmen.

Ruto's Mulembe side aren't so influential and is not supported by any leader who can get him majority of voters because Malala being very influential is still tied by the ANC party.

3. Raila's Regional Plans To Revive The Economy of The Region Through Reviving Of The Companies.

During Bukhungu 2 declaration the former Prime minister Raila Amollo Odinga brought an investor who was awarded a contract to revive Mumias Sugar Company after six months. This won many people's heart and Raila also revealed that there are plans to start other companies in the region to enhance employment.

This is a greater boost to the former Prime minister Raila Amollo Odinga and thus he might secure many votes due to his developmental plans to the people from the region who won't leave him out during polls.

Content created and supplied by: Oyugihotnews (via Opera News )