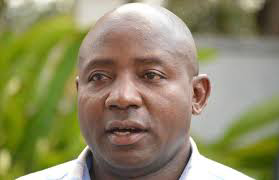 The Lugari MP was received by the party Leader Wafula Wamunyinyi and defence secretry Eugine Wamalwa.

Emmedately after being received, Savula was given the position of Deputy party leader Which he held at ANC.

“I am announcing my defection from ANC to DAP-K where I will serve in the same capacity as deputy party leader. I have the blessings of my family and my constituents,” he said.

He added that he will defend his seat in the new DAP-K party.

“I am a neighbouir to Ruto in Karen Nairobi. The Deputy President is also my neighbor in his rural home in Sugoi. I know what is going on in his homes,” he said.

Savula however said he still remains Deputy party Leader of ANC which sponsored him to parliament.

ANC delegates are set to meet tomorrow to discuss the future of the party ahead of August 9 general election.

The party will give it's Leader Musalia Mudavadi permission to run for presidency and form Coalition with other parties.

However it's not clear on whether ANC will replace Savula who has Officially joined a rival party.

Do you agree with savula that Mudavadi is leaning towards Ruto? Feel free to share your thoughts and comments on this on our comments platform. 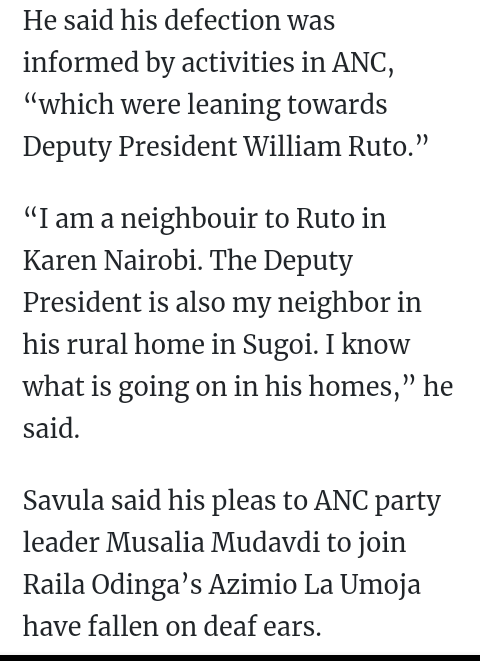 Here Is The Date, Venue And County President Uhuru Kenyatta Is Set To Hold His Last Madaraka Day

10 Ways Stoicism Can Change Your Mindset And Upgrade Your Life.

3 Ways To Move On From Toxic Relationships

'Aki I am Becoming An African Mum.' Milly Says As She Buys Oversized Clothes For Her Daughter.