Kiambu county senator Kimani Wamatangi has finally opened up revealing the exact moment when he will leave the ruling party. According to the vocal legislator, those who are waiting for his departure will have to wait for many more years because he is not going anywhere anytime soon. 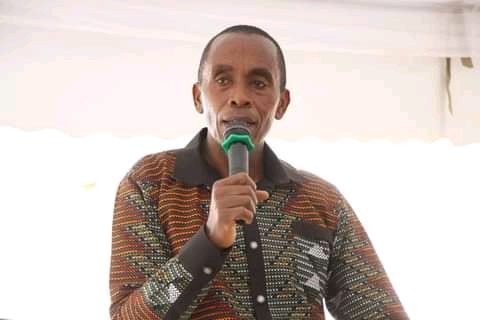 He said that for a long time he has been a diehard supporter of the Uhuru led outfit and will continue to support the jubilee party for a period unknown to him. He further said that the only time that he might quit the ruling party is after he has completed 100% of all the promises that he made to the people of Kiambu county in 2013 when he was first elected into office. It is worth noting that Wamatangi is about to finish his second term as the senator of the Mt Kenya region county. Speaking during an interview with citizen television, Wamatangi said that after the completion of his promises, he will announce his next political move or even join another political party of his choice. Senator Kimani is among the few political bigwigs who have maintained their trust and remained loyal to their party bosses for more than one term. 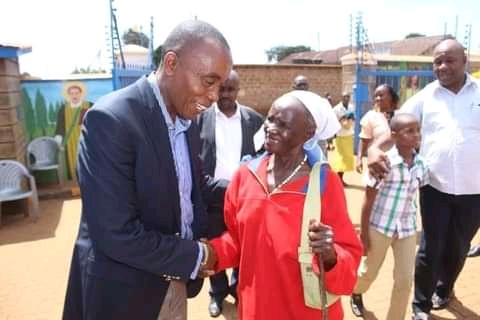 His assurance that he is not leaving the jubilee party comes during a time when political betrayals are the new order of the day. One person shifting allegiance from one coalition head to another is no longer a new thing in the political arena of the nation. Speaking of political defections, it is only few days ago when Amani national congress party chief ditched the one Kenya alliance for deputy president William Ruto' s united democratic alliance. Few hours later, Makueni county deputy governor Adelina Mwau decamped from wiper democratic movement and landed in the bottom up economic model crusaders. 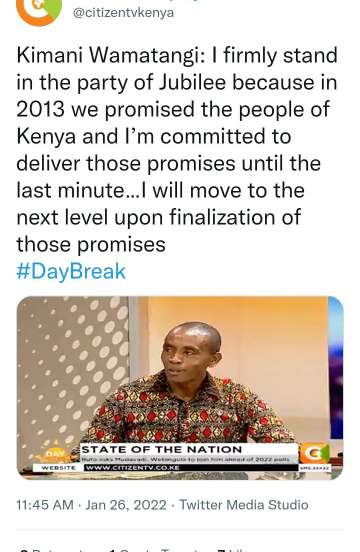 Senator Wamatangi will be contesting for the Kiambu county gubernatorial seat in the August polls.

Gachagua, Karua to Get Additional Security After Running Mate Nominations