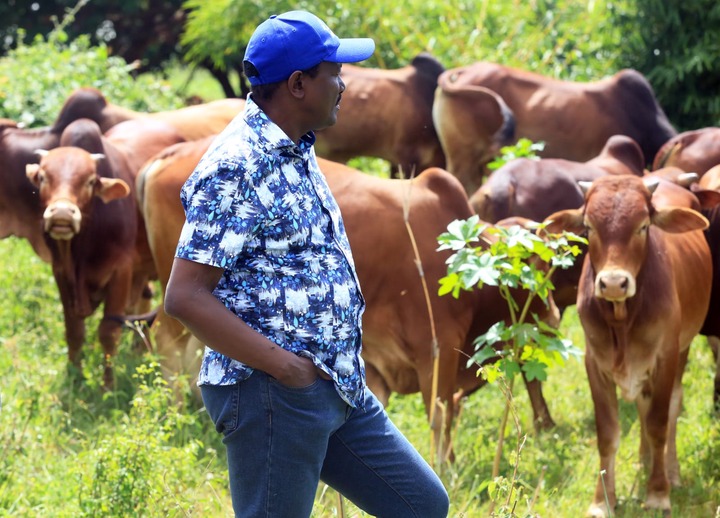 Wiper Party leader Kalonzo Musyoka retreated to his farm in Yatta, lower Eastern region on Wednesday. This was immediately after declaring his bid for the presidency and appointing Andrew Sunkuli as his running mate.

The former Vice President wrote on his official Twitter handle that he was taking a break from politics to reflect. However, the break was not forthcoming as Baringo Senator Gideon Moi followed him there almost immediately with a message from the Azimio La Umoja One Kenya coalition.

According to NTV, the Kenya National African Union, KANU chairman was sent by the Azimio leadership to woo Kalonzo to go back to the outfit and support ODM leader Raila Odinga and his running mate Narc Kenya Party leader Martha Karua.

Kalonzo's allies had entertained the thought of having fresh talks with Azimio demanding that the Chief Cabinet Secretary post be formalized and substantiated making Raila have hopes of tapping the over 1.2 lower Eastern votes as he did in 2013 and 2017.

Gideon Moi's loyalty had also been doubted by the Uhuru backed coalition after he failed to attend the Monday event that saw Odinga unveil his running mate. He however clarified through his social media accounts that he was fully supporting the Raila - Karua ticket and had no intention of changing his mind.

The missing link now remains Kalonzo. Ukambani leaders led by Makueni Governor Kivutha Kibwana and Kitui's Charity Ngilu have also pleaded with him to rejoin the outfit before 'it's too late.' After May 30, it would be impossible for Kalonzo to make another move because the Independent Electoral and Boundaries Commission, IEBC will have already declared the presidential nominees.