The 2022 succession politics, alliances and supper alliances, the best combination

By Mariusken (self meida writer) | 10 days 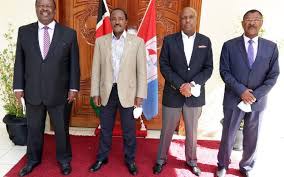 The general elections are looming, and many a politician are angling themselves strategically to clinch political sits or retain them.

High on everyones mind is the fact that Uhuru Kenyatta is leaving office having served as the fifth president. The constitution bar's one from serving for more than two terms.

His deputy willia Ruto, has openly shown interest in succeeding his boss whom it seems they have fallen out since the famous handshake between Raila and Uhuru. The ODM leader on his part seems evasive on wether he will make a fifth stab at the presidency, with his ODM party claiming he will be on the ballot while his NASA colleagues crying foul.

On July 20 at a meeting held in Hermosa gardens in Karen the One Kenya Alliance, bringing together disgruntled NASA Principals and KANUs Gideon Moi l, made a statement indicating they will not revive the NASA coalition.

In a statement read by Mutula Kilonzo junior they said NASA is history.

On his part Gideon Moi said KANU was pulling out of a coalition with jubilee to focus on OKA. 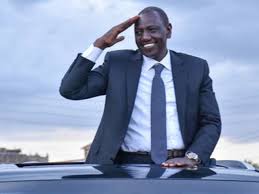 With one Kenya Alliance not having settled on a preferred presidential candidate, the field is still wide open with many alliances in the offing.

The announcement by Justin muturi the national assembly speaker of his wish to succeed Kenyatta opened up a Pandora's box in the presidents backyard.

One Ndungu wainaina in a tweet even claimed jubilee will front misalia midavadi as president with muturi as his deputy.

What do you think of this? Which alliance is likely to clinch the presidency come 2022?

Content created and supplied by: Mariusken (via Opera News )

I Got A Best Friend And A Wife, Rashid Confesses.

Key Cases Won By Okiya Omtatah That Are of Public interest

REST IN Peace: Lady Dies Mysteriously After Enjoying Night With Man In A Guest Room