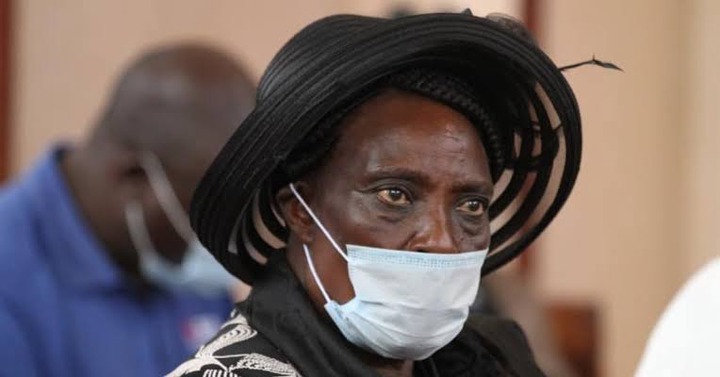 Teresa Bitutu is widow to the late Bonchari member of parliament Oroo Oyioka who is looking forward to suceed her late husband and hopes to take over the seat in Bonchari through the by-election. She has proved equal to the task and hopes she will be able to capture the seat back given she has the support of the hustlers nation who are the majority.

Recently UDA Party has proved a force to reckon with in matters Kisii politics a reason clearly Teresa might carry the day as the winner in Kisii. Among others who have fronted candidates in the by-election is ODM party and jubilee who are also looking forward to win the seats though however the ground seems to have shifted in support of the deputy president William Ruto and his candidates something that plays to the advantage of Teresa.

Teresa Bitutu has also proved effective since she has always been of help to her people in Bonchari even before the death of her husband. She has an upper hand since People's Democratic Party which her husband used to win in Bonchari before his death is still supporting her hence a reason she might win massive votes in Bonchari come the election day.

However as they in politics one can only wait and see as it's very dynamic. The truth however shall come out so that the country will be able to know of what really will unfold going into the by-election which is likely to be extremely hot. It's clear UDA have already lost in previous by-elections and would therefore never risk losing the incoming one as that would seriously dent the future politics of UDA Party as well its influence going into 2022 elections.