ANC Leader Vows not to Attend Raila's Meeting on Friday, Sends a Motivational Message to Him He continued saying that he will not attend because of his personal engagements.He described Raila Odinga as a worthy competitor and he wishes him well because tomorrow will Raila his Day.

"I have just received an official invitation to Azimio la Umoja Convention. As noted herein, the invitation was addressed in my personal capacity as ANC Party Leader and not OKA Principal. Regrettably, I will not be able to attend because of personal engagements. Raila Odinga is a worthy competitor, I wish him well because tomorrow will clearly be his day in the sun. " 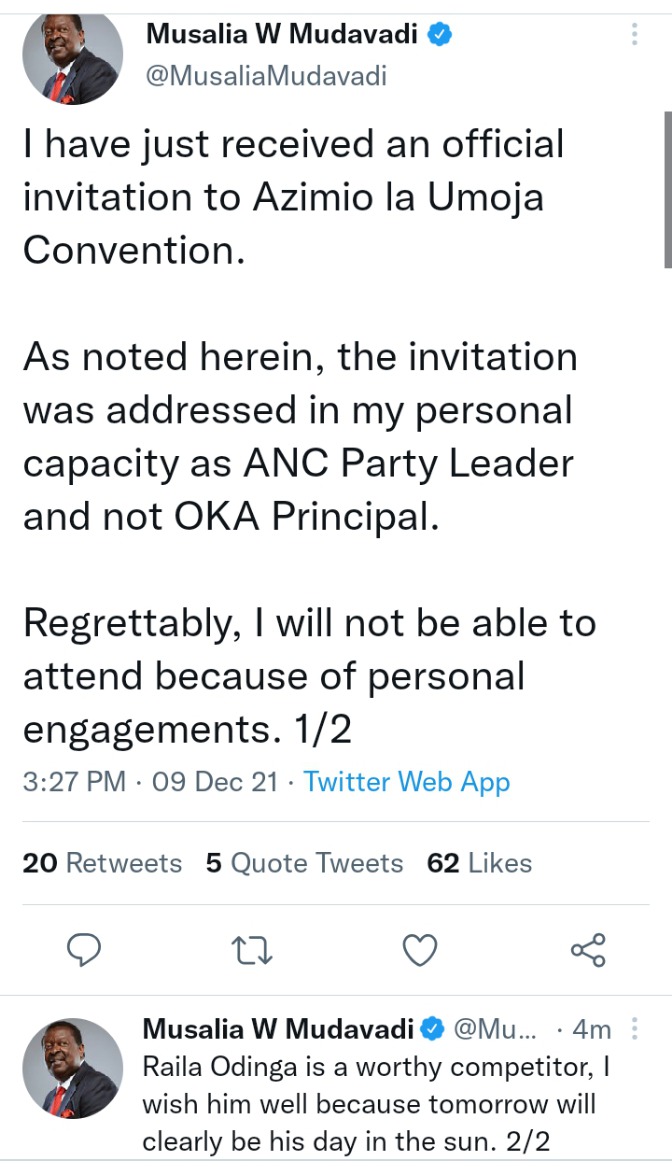 A fan replied saying,"You turn down a mere invitation but wake up to criticize ideologies? Mhesh you letting those of us who still believed you have something to offer down. Anyway, Its your decision but for the 'unseen' anc/uda nexus, Mene Mene Tekel.."