The August General Elections have come and gone with the winners being announced by the Independent Electoral and Boundaries Commission Returning Officers by the day across the country for the various seats. 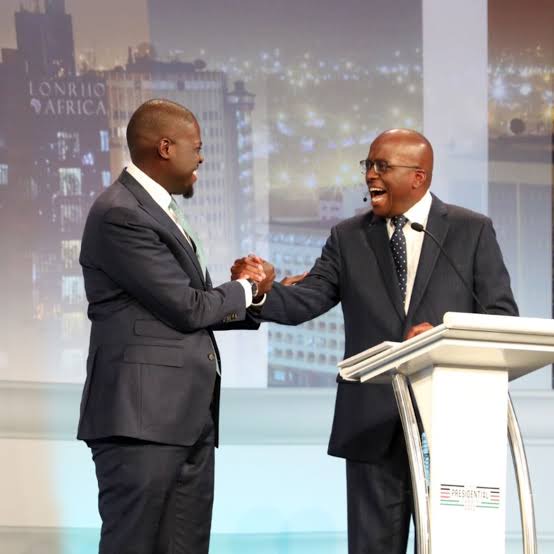 However, millions of Kenyans are glued to their screens to find out who the next President of Kenya, is as per the Independent Electoral and Boundaries Commission Chairman, Wafula Chebukati.

This morning, the United Democratic Alliance party candidate for the Nairobi Gubernatorial Seat, Johnson Sakaja has been announced as the next Governor of Nairobi by the Independent Electoral and Boundaries Commission.

Johnson Sakaja was up against the Azimio la Umoja One Kenya Alliance candidate, Polycarp Igathe who was running on a Jubilee Party ticket but came up in second place as per the reports that we have with us.

This morning, according to the available reliable reports that we have from Nairobi, Polycarp Igathe of Jubilee Party has accepted defeat in the Nairobi Gubernatorial Seat to Johnson Sakaja of United Democratic Alliance party.

Polycarp Igathe, in a social media post this morning, has said that the will of the people in Nairobi has been expressed through who they have voted for and he thanks them for that.

Polycarp Igathe came in late into the race to succeed Jubilee's Anne Kananu who took over the county affairs after Governor Mike Sonko was impeached by the Members of County Assembly in Nairobi County.

Johnson Sakaja will be the next Nairobi Governor for the next five years despite Azimio la Umoja having the majority of the Members of County Assembly seats in Nairobi County.

Let us know your thoughts and opinions in the comments section below. 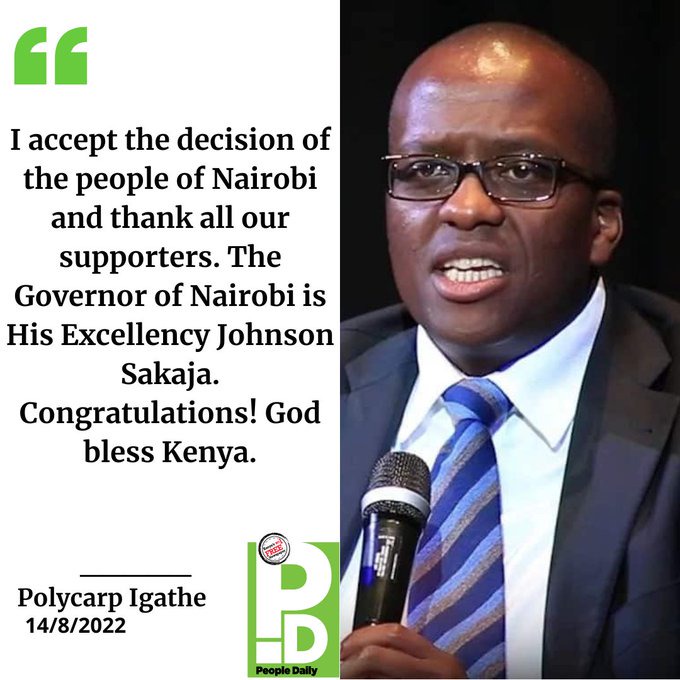