The family of former long-serving Cabinet Minister Henry Kosgey is not stepping away from Nandi politics anytime soon.

And as it was in 2013 and 2017, a member of the prominent family will be gunning for the county’s top seat, giving those already in power something to worry about.

In 2013 and 2017, it was the patriarch himself, Henry Kosgey, who, still driven by hunger for some senior political positions, unsuccessfully vied for the senate and governor respectively.

He was handily trounced by Stephen Sang in both ocassions. Sang became area Senator in 2013 before switching to governorship in 2017.

The senior Kosgey, 73, has since retired and focused on his businesses and some bit of higher education. He was recently awarded a doctorate in leadership by Pan-African Christian University.

His retirement, however, has opened the way for his sons to carry on the family’s leadership mantle.

One of his sons, Alex Kosgey, has been Emgwen MP since 2013.

Sang, who is seeking another term as governor in coming elections, is set to face yet another Kosgey, this time around, a younger and more vibrant member of the family.

Allan Kosgey has thrown his hat in the ring.

And summoned Sang to a fight.

So far, the emerging battle between the two near agemates has been dramatic, eventful and full of political bravado.

Allan enjoys the support of his super wealthy family. So campaign finances is not a problem to him. 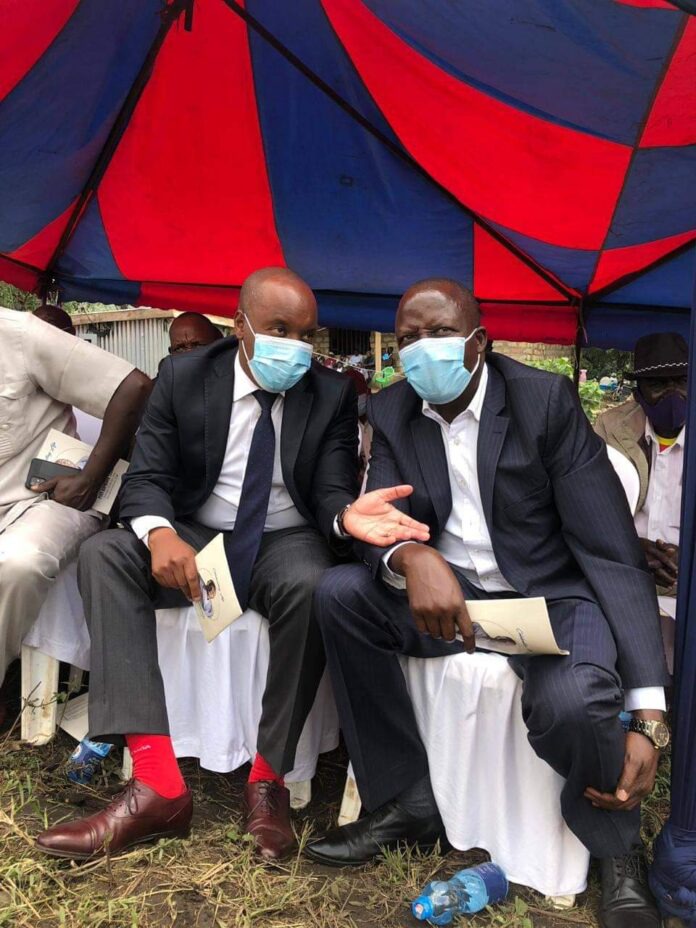 Additionally, the younger Kosgey has emerged as an alternative for most of the area MPs who have fallen out with Sang and have been searching around for his replacement.

Sang, on the other hand, enjoys the incumbency.

His oratory skills has also often rescued him despite his young age. He was elected Senator in 2013 when he was barely 28. He won the governorship at 33.

He has been able to connect with the youthful voters in the county over the last eight years and still sees himself able to easily promote his candidature among the youths and those tired with Kosgey’s family dominance of Nandi politics.

During Deputy President William Ruto’s visit to the county last week, the fierce fight between Allan and Sang came to the limelight as their supporters clashed from one stop to the other.

The DP, understanding the brewing contest, decided to give both his attention and he often introduced them to supporters in all the places he visited.

Sang, the host, however, enjoyed the privileges of incumbency as he had more opportunities to address the crowds.

Allan has been hitting the governor hard and has accused him of failing to do anything notable development since being elected.

“Things are not going as should be in Nandi but it’s only some few months before things get better,” said Allan recently, alluding to his quest to ensure he defeats Sang at the ballot.

Sang has fought back asking residents not to be fooled by the Kosgeys again saying the family had done nothing to improve the lives of locals in the many years the father has been in power.

Sang also accuses the family of grabbing land and even got himself in trouble two years ago when he led some residents to cut tea bushes in an estate associated with the Kosgeys.

He was arrested a day later.

Sang claimed that Kibwari tea estate in Nandi Hills had been established in a piece of land grabbed from area residents.

The case is going on in Kisumu and the governor is out on bond.

The governor has also accused the area MPs supporting Allan of being bribed to throw their weight behind him.

The MPs have hit back accusing him of being a loner who didn’t involve them in county operations and development activities.